A magnificent shrine at the foothills of Aravalli mountain ranges, Ambaji Mata shrine surpasses all other Sakthipeeths with its antiquity and awesome rituals. Indeed it is one among the prestigious and landmark destinations in Gujarat. Believed to be one among the shakti peeths, Ambaji temple displays finest craftsmanship in its structural design.

Spectacular in every way, Ambaji shrine dates back to so many centuries and the popular belief is that it was the grace of this goddess helped Rukmini to get Krishna as her husband. It is also believed that the tonsorial ceremony of Lord Krishna took place before the sacred premises of Ambaji mata.

This is a significant place of worship of the jain community and it is amazing to note that all most all the religious outfits pay their reverence here. What makes this shrine so peculiar is the fact that the sanctum of the temple does not have an idol of the goddess and instead of that it is adorned by a Vishwa Yanthra, which is triangular in shape

Though the sanctum does not have an idol, the altar is decorated in such a way that the devotees would get a delusion of a whole 'Darshan'. Special poojas in the full and new moon days of every month is a customary practice, which makes every day an auspicious occasion. Another important thing about this holy shrine is that the devotees are not allowed to have the darshan with their naked eye. Most important event in the temple premises is the Navaratri celebrations in which the entire ambiance would be clothed in a festive mood. A gala of celebrations by the name Lok Melo, mark the holy occasion as a spectacular event. 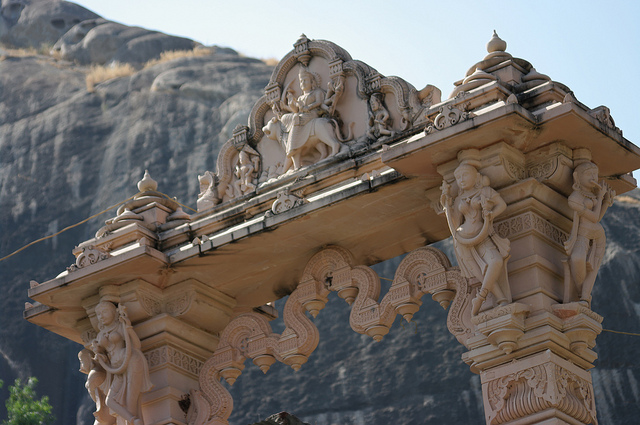 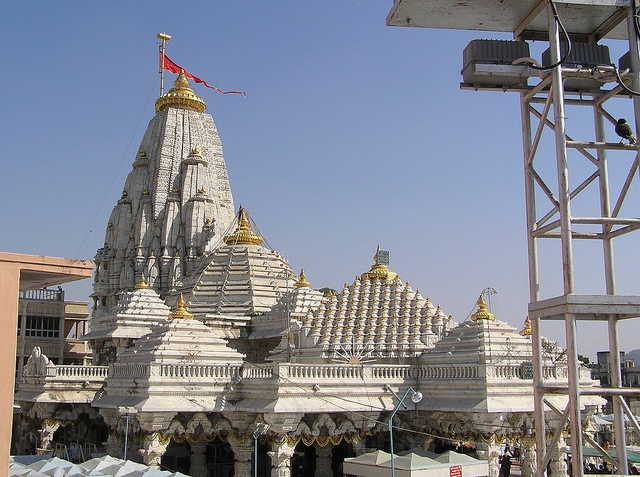