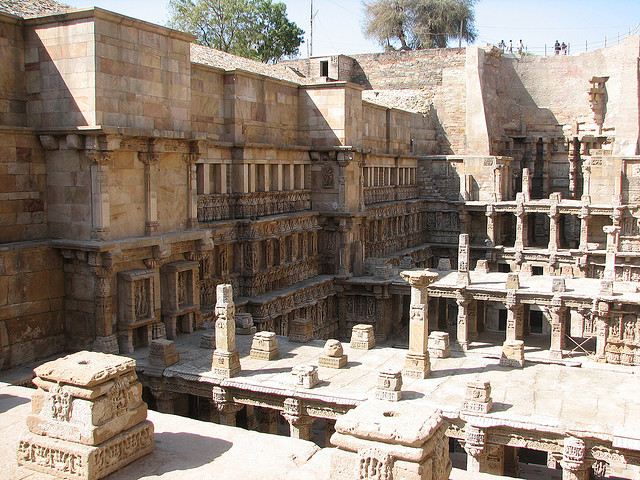 Patan was founded in 746 AD by the Chavda king, Vanraj Chavda. Many rulers of Rajput clans of Chavdas, Solanki and Vaghalas ruled the state of Gujarat from Patan. The town flourished during the Solanki dynasty in 8th-11th century and has some interesting monuments and was known as the Golden age of Gujarat. The city also served as the capital of the formidable Solankis, but lost all its charm when Mahmud of Ghazni attacked it in AD 1024. Ravaged by time and plundered for religion and riches, very little of the city's earlier glory remains now. Today, Patan is celebrated the world over for its exquisite Patola silk sarees.

By Air: The nearest airport from Patan is Ahmedabad, situated at a distance of 125 km from the city.

By Rail: Patan lies on the Western Railway network of the Indian railways. The city is well connected with the rest of the country via a number of trains. There are many express and local trains that operate daily and are perfect for traveling from Ahmedabad to Patan.

By Road: Patan is linked to the rest of the country through a good road network. The State Transport Corporation runs buses link Patan to all the major cities and towns of Gujarat and other states of the country.

Patan is also known for the unique weaving craft of ‘Patola’ silk sarees. These sarees are produced in a great vast process by the Ikat technique. Threads are tie-dyed to create the pattern before the weaving process begins.

Patan has some standard as well as budget hotels. Most of the budget hotels are situated near the bus stand and the railway station. Services are good, but at many of the places non-vegetarian food is not available.

HANDICRAFTS
The Patan Patola is one of the finest hand-woven textiles produced the world over. It combines the art of tying and dyeing of the warp and weft threads and their weaving together, when each warp thread is carefully placed against the corresponding colors of the weft. Also known as the double Ikat, it is woven only in Bali, Indonesia besides Patan.

In an area called Sadvi Wada, one can watch the complex weaving of silk Patola saris, which are now made by just one family. Each sari takes from four to six months to produce, and is sold for up to Rs. 70, 000 (more than US$ 2,000). Silk threads are dyed in a set pattern before being woven on a complex loom and utmost care is taken to ensure completely even tension throughout the fabric.

Patan produces very intricate patterns worked with precision and clarity with the characteristic geometric delineation of the design, while maintaining the soft hazy outlines, a natural effect of the technique.