60 kms from Bangalore, Nandi Hills of Karnataka is the most popular weekend getaway. Perched at a height of 1455meters above sea level, Nandi Hills provides an idyllic retreat for many tourists, just as it served as an ideal summer repose for Tipu Sultan and the British. The hill station abounds in natural beauty. Walking along the mountain tracks among innumerable scenic spots can be a very rejuvenating experience for you. The rich mountain valley, sharp hairpin turns along steep slopes, small cottages clinging along the mountain edges, the cool breeze and the clear blue sky above, are reasons enough for you to plan your vacation in this pristine hill station.

Nandi Hills is located in the state of Karnataka, about 65 km from Bangalore and at an altitude of 3940ft above sea level. Nandi hill’s was Tipu Sultan's summer retreat. Even today, Tipu Sultan's fort walls portray the history of the place. The three rivers, namely, Pennar, Palar and Arkavati originate from these hills. Nandi Hills is among the most popular weekend destinations of people living in the city of Bangalore.

Nandi Hills got its name from the bull of Lord Shiva. You can see the hills holding the glittering Amrita Sarovar Lake. It is said that in the past Tipu Sultan and his troupes rested here after a battle to get away from the heat of the plains.

During the British rule, when Sir Mark Cubbon was the Commissioner of Bangalore, he made this place his summer residence. The other people who visited Nandi Hills to enjoy its beauty include Mahatma Gandhi, Pandit Jawaharlal Nehru, Queen Elizabeth II and Rajiv Gandhi. 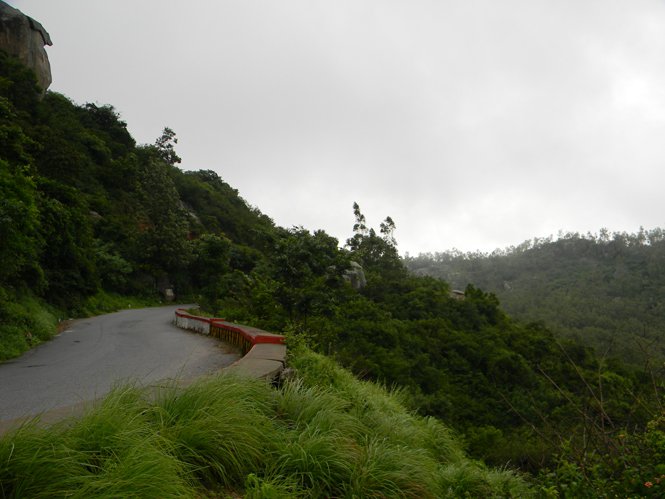 Air: The nearest airport is Bangalore international airport. It is about 60 km away from Nandi Hills. Taxis are available in the airport and fare is about Rs 1200 from airport to Nandi hills. From Bangalore airport one can travel to all the major cities in India and many cities abroad.

Road: The excellent road network links the Nandi Hills with the important places like Bangalore and Chikkaballapur. Nandi Hills is situated on the Bangalore - Hyderabad National Highway