Nahan, located on an isolated ridge in the Shiwalik hills, is a well laid-out picturesque town known for its cleanliness and dust free streets. The city was established by Raja Karan Prakash in 1621. It is believed that the city derives it name from the Nahar saint who once lived here. Apart from natural scenic locations, Nahan is known for many ancient temples and places of pilgrimage. 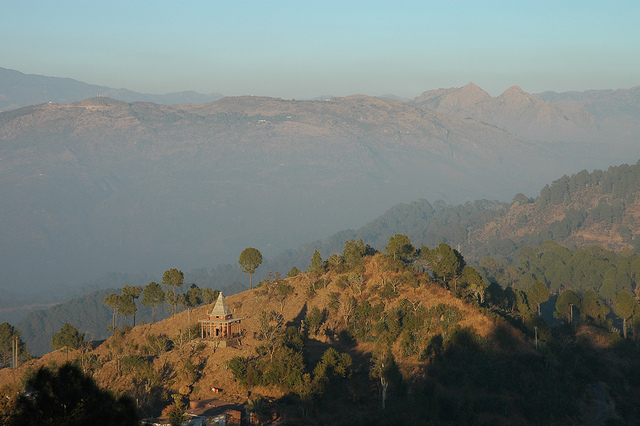 Air: Nearest airports are Dehradun and Chandigarh. Chandigarh, which is about 100 km away from the city center, is well connected by air to Amritsar, Leh and Delhi. Dehradun is 65 km away from Nahan. From Delhi, one can reach anywhere in India and abroad. Taxis are available from the Chandigarh to Nahan and costs about Rs 2000.

Rail: Nearest railway station is Ambala, which is at a distance of 100 km from Nahan. Ambala is well connected to all major cities in India. There are regular train services from Delhi to Ambala. Taxis are available from railway station to Nahan and costs about Rs 2000.

Road: There are different kinds of bus services are available connecting Nahan with other cities, including Chandigarh. State owned buses are cheap and private deluxe buses charge generally Rs 4 per km.

Accommodation is not much of a problem since it is not half as crowded as some of the other hillstations. You can stay at the Nahan Grand View, Hotel Yamuna, Keshav Guest House and Black Mango. For those traveling with limited resources, there is the PWD Rest House and the Circuit House as well.

Bawan Dwadashi Festival
Bawan Dwadashi Festival held every year in September is a famous festival of Nahan. Fifty two idols of the local Gods are carried in possession to Jagannath Temple where they are floated ceremoniously in a pool and worship is offered. ''Gugga Peer Fair is another well-known festival that is celebrated in Nahan to mark the honour of Gogaji also known as Gugga, a folk deity of Rajasthan.

Fishing: If the art of stealth and cunning with the rod and spinner is your forte then Nahan and its ponds and river basin are the perfect place for you to spend eons. A great catch of Trout and Mahaseer is the prize one can die for, for that is exactly what the ardent fisher does.

Surprisingly the most renowned Brown and Rainbow Trout are found in abundance and one just needs the correct spot and patience to acquire the perfect catch. A nominal fee is being charged (around Rs 100/- per rod) by the gaming authority who permit the fishing activities. Beware of the local fishermen and their boys who wait for your spinner to get stuck in the rocks and expertly return it for a good tidy sum.

Trekking: If mountains, valleys, rivers and forests inter mingle to form a collage of colors and beauty, can an ardent nature lover remain indoor for long. Nahan offers some of the best treks in the country the most spectacular being that of the 3,650 meter high Choordhar peak.

Amazing geographical diversity with low rolling hills, snow clad peaks, deep gorges and valleys, wide river basins and enchanting forests make the well traversed as well as exploration treks a must have experience. The green alpine paddocks, mountain slides and some gentle walks sprinkled in between the hardship make these treks a special treasure. Mountaineering and rock climbing also come as an added bonus for the adventure lovers. The treks start from day hikes to ones that last a fortnight.