(Mandu is also known as Shadiabad).

Mandu, in the Malwa region of Madhya Pradesh, is one of India’s architectural gems with wonderful palaces, baths, attractive canals, and skilfully crafted pavilions. Some of Mandu’s attractions date back to the 10th century and the city has arguably the finest examples of Afghan architecture in India. Mandu was abandoned in the 17th century. Largely because of this, the city retains a compelling medieval aura.

The hill fort of Mandu is dramatically situated along the crest of a mountain range (elevation 2,079 feet) separated from the main plateau of Malwa by a deep ravine which encircles it in three directions and a valley and the Narmada River on its south side.

It is claimed that, during its time of prosperity, there were no poor people in Mandu. In order to help the poor people who came to the city, and were permitted to stay, residents of Mandu apparently each gave a small gold coin and a brick so as to raise the living standards to par with others. "Dai Ka Mahal", is said to be an example of a building built by a poor old woman upon becoming a successful citizen of the City.

Mandu, or Mandavgarh, is a ruined city in the Dhar district in the Malwa region of western Madhya Pradesh state, central India. The distance between Dhar & Mandu is about 35 km. In the 11th century, Mandu was the sub division of the Tarangagadh or Taranga kingdom . This fortress town on a rocky outcrop about 100 km (60 miles) from Indore is celebrated for its fine architecture. Mandu celebrates in stone the life and love of the poet-prince Baz Bahadur for his consort, Rani Roopmati. The balladeers of Malwa still sing of the romance of these royal lovers. High on the crest of a hill, Rani Roopmati's pavilion gazes down at Baz Bahadur's palace, a magnificent expression of Afghan architecture.

Mandu known as the city of joy is a hilltop fortress bearing a deserted look. The fabled city of Mandu is steeped in history. Built by the Paramara ruler Raja Bhoja, Mandu was once the capital of Malwa. Built in the 10th century a summer retreat and fortress Mandu exemplifies Afghan architecture in India. Later Mandu passed from the hands of Muslim rulers of Delhi to Afghan governors to Gujurat and was restored back to the Mughals. Under the rule of the Afghan ruler Mandu witnessed the greatest prosperity and flourish. He made Mandu an independent kingdom. His son Hoshang Shah made Mandu the capital of Malwa. Several temples, palaces and ghats built during this time were the finest examples of Afghan architecture.

Perched along the Vindhya ranges at an altitude of 2,000 feet, Mandu, with its natural defenses, was originally the fort capital of the Parmar rulers of Malwa. Towards the end of the 13th century, it came under the sway of the Sultans of Malwa, the first of whom named it Shadiabad - 'city of joy'. And indeed the pervading spirit of Mandu was of gaiety; and its rulers built exquisite palaces like the Jahaz and Hindola Mahals, ornamental canals, baths and pavilions, as graceful and refined as those times of peace and plenty.

Each of Mandu's structures is an architectural gem; some are outstanding like the massive Jami Masjid and Hoshang Shah's tomb, which provided inspiration to the master builders of the Taj Mahal centuries later. 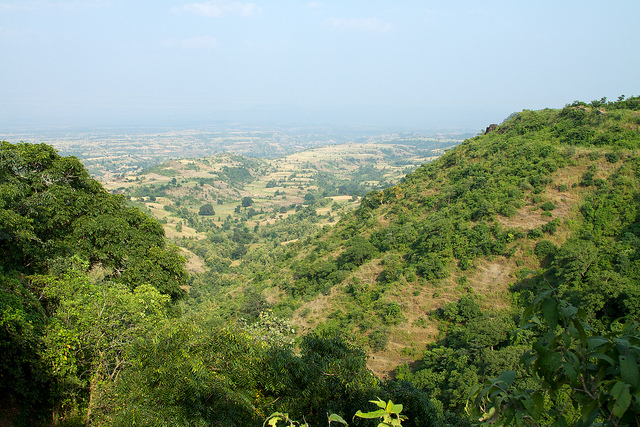 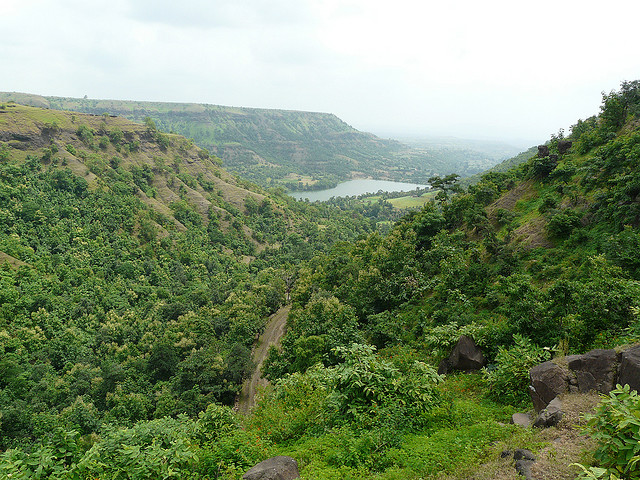 The history of the town is a reason itself that attracts thousands of tourist to visit the land of the lovers. The curtains lifted from the face of Mandu in the early 10th century under the Mughal rules that lasted till the 16th century. It was this period when Mandu enjoyed the status of a pleasure resort. Mandu has regularly been inflicted with the virtue of being throned and dethroned. This is the cause of the great mixture of various culture that is incontestable and is survived by its people.

The much hyped legend this town revolved around the love story of a poet prince, Baz Bahadur with his consort Rani Roopmati. This story of love and romance still echoes in the songs of the Malwa balladeers. Visit this city and try to comprehend the language of the air that still tells the fairy tail love story of the poet prince and the princess.

Air: Indore Ahilyabai Holker Airport is the nearest airport to Mandu. Mandu is about 100 km from the airport and taxi charges about Rs 2000 for the travel. Indore is a domestic terminal which is connected to Delhi, Mumbai, Pune, Jaipur and Ranchi. Delhi is the major international airport connecting to many major cities abroad.

Rail: Nearest railhead is Ratlam railway station, which is about 125 km away from Mandu. This station is well connected to the rest of the major cities in India and is an important junction in the western railways.

Mandu is basically a historical place which is surrounded by forests and natural beauty. Being a very small city it does not offer much to purchase and shopping malls are absent. Nevertheless, one can buy some local handicrafts and items made in the region. These items make good souvenirs and decorative pieces. Items made from gold and silver are particularly popular among the tourist as well as the native people. One can always go for some handloom cloths and some colourful garments. Being part of Vindhya range (Malwa), the influence of Vindhyachal (Malwa) tribal art is clearly visible in on the handicrafts and other items. One can also look for leather work.

Shopping is another drawing card of Mandu. Untouched by urbanization and modernity, one can see the fruits of labour that goes inside making each of the items. The essence of ethnicity is maintained to the core of and the old bazaars of the town are the best place to buy the traditional artifacts of the town. Here you will not find very elaborate things,due to the lack of colonization, however, the petty and decorative items you will get here will not be available anywhere else on the globe. Look for some home décor, gift items, wall pieces and showpieces. The colorful textiles and fabrics are an essential buy. The native and tribal reflection can be clearly be sought in these. Even the handicrafts of the town will have a prominent rumination of the tribal art of Vindhyachal (Malwa) area. Due to its small vicinity of the area is the reason that there are not big glazed markets. You can but things from the local stores in located in the old bazaars of the town. So do not waste any time. From distance the options may see to be not many, but once you are there you will feel short of time for just exploring the colourful bazaars of Mandu.