Bijapur was founded by the Chalukyan dynasty during the 10 th century. Bijapur came under Muslim influence towards the end of 13 th century and was ruled by various rulers including Allaudin Khilji, Bahamani Sultans and Adil Shahi dynasy. Bijapur experienced a great burst of architectural activity under the Adil Shahi dynasty. The Adil Shahis encouraged building activity to such an extent that Bijapur itself has over 50 mosques, more than 20 tombs and a number of palaces.

The foundations of this historic city were laid during the reign of the Chalukyan Dynasty of Kalyani between the tenth and eleventh centuries. They called it Vijayapura or the "City of Victory" from which comes its present name Bijapur.

Bijapur is known for its medieval monuments, which are a unique form of Islamic architecture. The magnificent Gol Gumbaz is the main attraction of this city. It is the largest dome in India and the second largest in the world. Tourists are attracted to this city by the various monuments built by the Adil Shahi rulers, who ruled Bijapur between 15th and 17th century.

Bijapur is located in the northern part of the state of Karnataka, in the southern region of India. It is 613 km from Bangalore city and 486 km southeast of Mumbai (Bombay) city. The climate of Bijapur is temperate with summers (April-June) being moderately hot and winters are cool and pleasant (November-February). It experiences southwestern monsoon rains in the months of June to August.

Bijapur came under Muslim influence, first under Allaudin Khilji, the Sultan of Delhi, towards the end of the 13th century, and then under the Bahamani kings of Bidar in 1347.

In 1481, Mohammed III, one of the Bahamani Sultans, appointed one of the sons of Sultan Mahmud II of Turkey, Yusuf Adil Khan as the Governor of Bijapur. Yusuf Adil Khan fled his country on the death of his father, to escape the massacre of crown prince in the battle for succession to the throne. Mahmud Gavan, the Prime Minister of Mohammed III, purchased him as a slave.

With the decline of the Bahamani power at Bidar, Yusuf declared his independence in 1489 and thus became the founder of the Adil Shahi dynasty, which survived as a kingdom. Till its annexation by Mughal Emperor Aurangzeb in 1686.

Bijapur experienced a great burst of architectural activity under the Adil Shahi dynasty. The Adil Shahis encouraged building activity to such an extent that Bijapur itself has over 50 mosques, more than 20 tombs and a number of palaces. 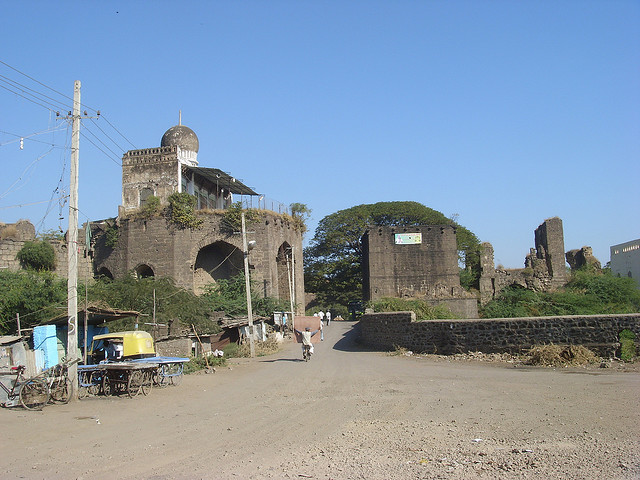 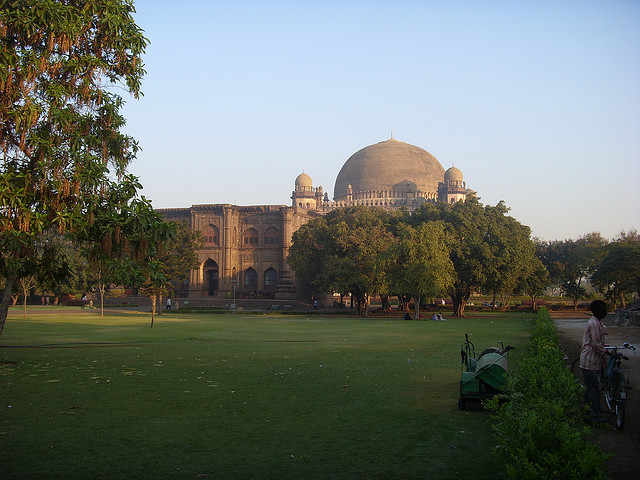 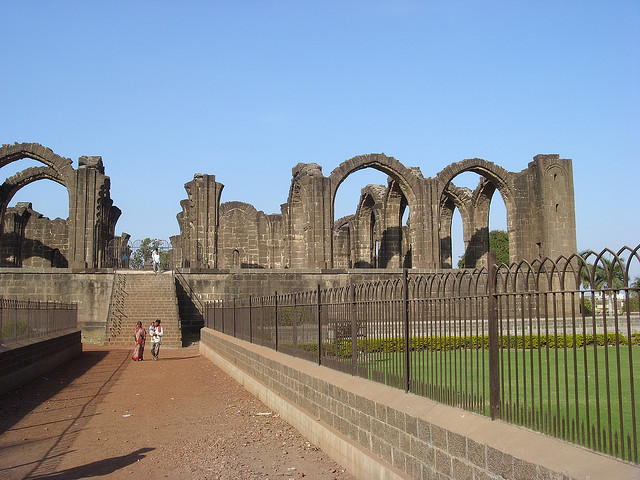 The origin of Bijapur goes back to the early medieval period. The Chalukyan rulers of south India, between the 10th and 11th centuries laid the foundation of Bijapur. At that time, it was called as Vijayapura (the City of Victory). The local Yadavas rulers ruled it for about a century. Ala-ud-din Khilji, the Sultan of Delhi, captured it and made it a part of his empire at the end of the 13th century. Khilji could not hold on to Bijapur for long and it became the part of the Bahamani Empire in 1347. The golden period of Bijapur started with the decline of the Bahamani rulers, when, in 1489, Yusuf Adil Shah, one of the nobles under the Bahamani rulers, laid the foundation of the Adil Shahi dynasty and made Bijapur the capital of his kingdom. The Adil Shahis ruled Bijapur until 1686, when the last great Mughal ruler Aurangzeb defeated them.

Air: The nearest airport to Bijapur is Belgaum, which is about 205 km away. Belgaum is connected to Mumbai by domestic flights. From Belgaum to Bijapur, taxi charge is about Rs 3500/-. Mumbai (486 km) and Bangalore (550 km) are the International Airports close by, from where it requires about 12 – 13 hours travel to reach Bijapur by Taxi/ buses.

Rail: Bijapur is connected by rail to many cities in the state and also the cities in the neighboring states. It is well connected to Bangalore, Mumbai, Hyderabad and Hubli.

Road: KSRTC buses are running regularly between the nearby cities to Bijapur. Tourist luxury buses are regularly available from Bangalore and Mumbai, each will cost about Rs 1200-1500 per head.

Apart from Karnataka State Tourism Development Council's hotels and lodges, there are a number of hotels in the city to suit all types of budget. Most of the hotels in Bijapur are located on the Station Road/Gandhi Road.