Bidar is an important historical town as it witnessed many vicissitudes in its eventful history. It was a part of the Bahamani Kingdom which comprised of Bijapur, Gulbarga, Bidar, Golconda, and Birar. It was one of the most prosperous cities of south India during the period of 11th century to 16th century. 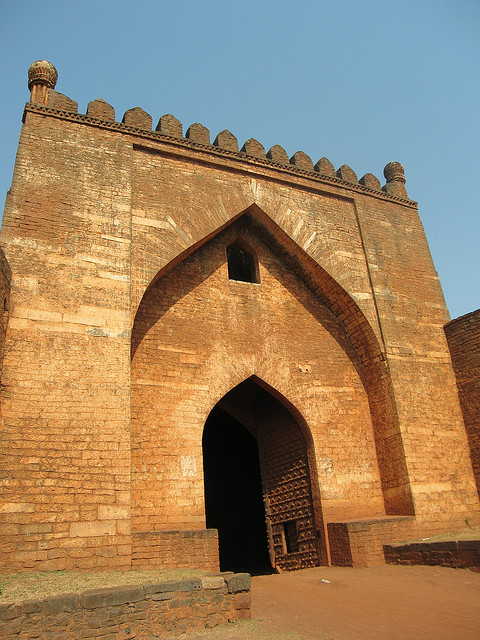 In ancient time, Bidar formed an important part of the kingdom of Vidharba, referred to in the Mahabharata. It became the part of the Chalukyan Empire in the 10th century. The capital city of the Chalukyan rulers is located at Kalyani, which is 57 km from here. Bidar witnessed many upheavals during the early medieval period. It was taken over by the Yadavas of Devangiri and later by the Kakatiyas of Warangal in the 14th century. It then became a part of the Bahamani kingdom in the 14th century. The disintegration of the Bahamani kingdom into five small states led to the rise of the town and the Sultanate of Bidar. Sultan Ahmad Wali I shifted his capital from present-day Gulbarg to Bidar and built a fort here in 1429. The Bahamani rulers ruled here until 1487. The chequered history of Bidar did not stop here. The Barid Shahi dynasty took over Bidar, which was in turn taken over by the Adil Shahi rulers of Bijapur. It was annexed and incorporated into the Mughal Empire by Aurangzeb in 1656 while on his way to conquer the southern parts of India. The Nizam rulers of Hyderabad took over Bidar in the early part of the 18th century. After India gained independence in 1947, the rule of the Nizam was abolished and Bidar became the part of the Indian state of Karnataka.

Air : The nearest airport is Hyderabad (136 Kms).In Karnataka, Bangalore is connected all major towns of India.

Rail : Bidar is connected by rail with Bangalore, Mumbai and Hyderabad.