Valley of Flowers, situated in the far interior of Garhwal Himalayas, is one of the national parks of India famous in the world for rare and endangered animals and meadows of endemic alpine flowers and outstanding natural beauty. It is set in the backdrop of the majestic Zanskar Ranges and is close to Nanda Devi National Park. It is a world heritage site and is situated at a very remarkable area, which is the conversion point of Himalayan ranges, Zanskar and Western and Eastern Himalayas. 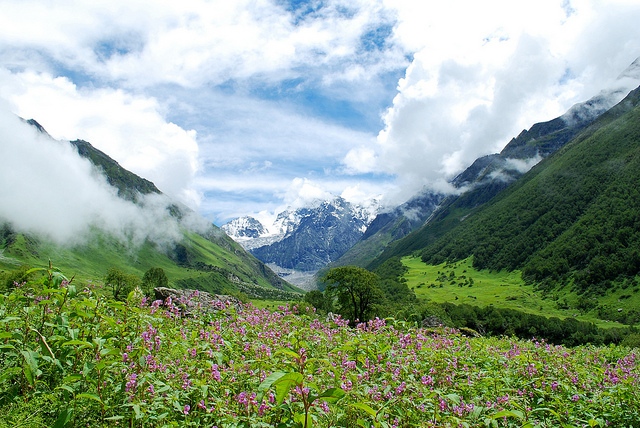 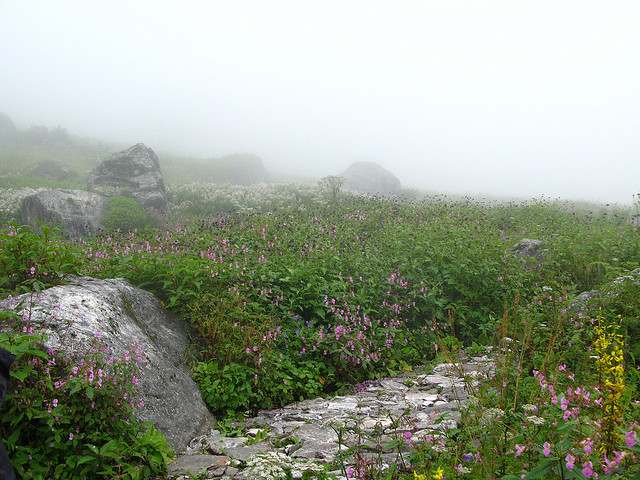 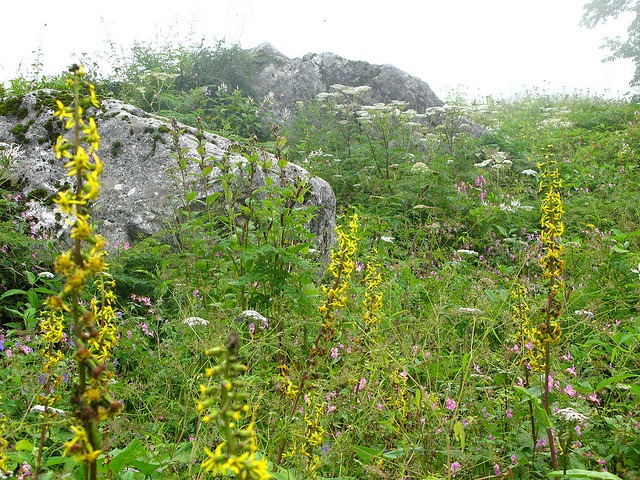 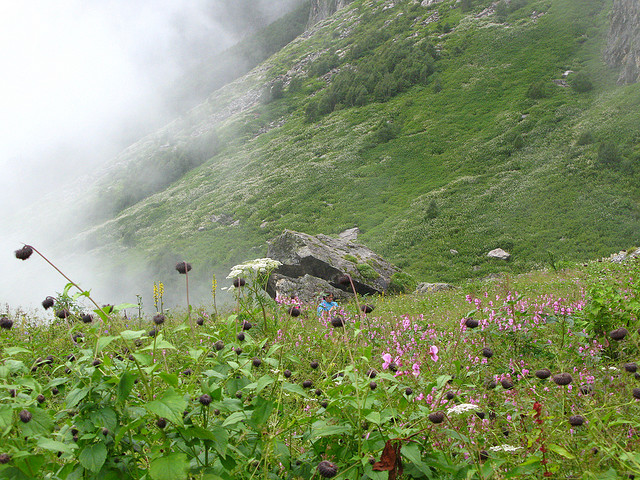 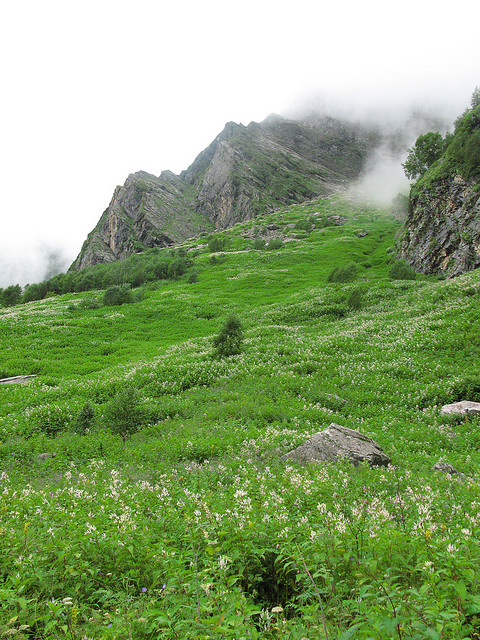 The Valley of Flowers is thought to have been mentioned in the Ramayana epic. It is believed that it was from here that the monkey god Hanuman brought the Sanjivani Booti plant that saved Lord Ram's ailing brother Lakshman.

Given the harsh conditions and inaccessibilty for much of the year, the Valley of Flowers was historically not inhabited. In 1931, Frank Smythe, the British mountaineer and botanist stumbled upon the valley by accident and spent several weeks exploring. The credit for the name "The Valley of Flowers" goes to him. He authored a book by that name, bringing the world to attention the beauty and splendours of the valley.

The place had disappeared from the tourist map due to its inaccessible approach but in 1931 when Frank S. Smythe a British mountaineer lost his way while returning from a successful expedition to Mt.Kamet and he reached this valley which was full of flowers. He was so attracted towards the beauty of the place he named it as "Valley of Flowers".He authored a book called "The Valley of Flowers" which unveiled the beauty and floral splendours of the valley and thus threw open the doors of this verdant jewel to nature-enthusiasts all over the world.

In 1939 Miss Margaret Legge, a botanist deputed by the Royal Botanic Gardens Edinburgh arrived at the valley for further studies. While she was traversing some rocky slopes to collect flowers, she slipped off and was lost for ever. Her sister later visited the valley and erected a memorial near the spot. The memorial is still there.

By Rail: The nearest railhead is at Rishikesh, 302 km. Dehradun and Haridwar railheads are also can be accessed which are about 320 km.

By Road: Joshimath is the nearest town at a distance of 17 km from Valley of Flowers. From Joshimath the distance has to be trekked. Bus services are available to Joshimath from Dehradun and Rishikesh. UPSRTC buses operate frequently between these towns with bus charge per head about Rs 300.

If you are really interested in various species of flowers, you can buy a CD from the check-post.

Overnight stay at the Valley of Flowers is not permitted. so there are no facilities for accommodation within the park. There are state-run tourist resthouses at Joshimath and Ghangharia; both in addition, have several tourist lodges and resthouses. Accommodation tariffs along the way can range from anywhere between Rs 100 to 1000.

There is a Gurudwara at Gobindghat and you can stay there if you want. Ghangaria is the main place to stay for tourists which is 3kms from the valley. It has several hotels among which GMVN one is the best. You may need to book the GMVN hotel in advance as it usually runs full. There is also a Gurudwara at Ghangharia offering accommodation.

It’s best to stay overnight in Joshimath before continuing to Ghangaria. The government run Garhwal Mandal Vikas Nigam (GMVN) guesthouses are the reliable options for accommodations in the area, and advance bookings are possible. There are plenty of other options to choose from though. At Ghangaria you’ll find both basic hotels and camping facilities. However, comforts are minimal, and the electricity and water supply are erratic. A deluxe double room costs 950 rupees ($25) at the GMVN guest house in Ghangaria. Alternatively, the more adventurous can camp as close to the entry of the park as permitted near Ghangaria.

Trekking
The trek towards the Valley begins at Govind Ghat. The crisscross mule trail uncurls all the way through mounting valley of lovely fields and shrubbery. After three kilometers of trek, there is a tiny locale by name, Pulna from where the ramble becomes much enticing with the views of glittering snowy peaks, gushing cascade and marvelous streams. The entire field looks as if painted with delicate colours. One can get some refreshments from the teashops on the sides of the way.

In between the flowery meadows, majestic Laxman Ganga topples down and unites with Alaknanda. Trek through the left bank of Lakshman Ganga needs much strength since trekking paths becomes sharper and stiffer. After two kilometers of tiresome trek, the trekkers would reach at the base camp, Ghanghria.

Trekking the valley of flowers uncurls the pictorial beauty of nature and trekkers are expected to keep up the serenity of the surroundings.