Mon, which is home to the Konyak Nagas, is the town was established at the land of Chen and Mon villages. It is centrally located for the coronation of Anghs (chiefs). Konyaks are excellent craftsmen and artisans. 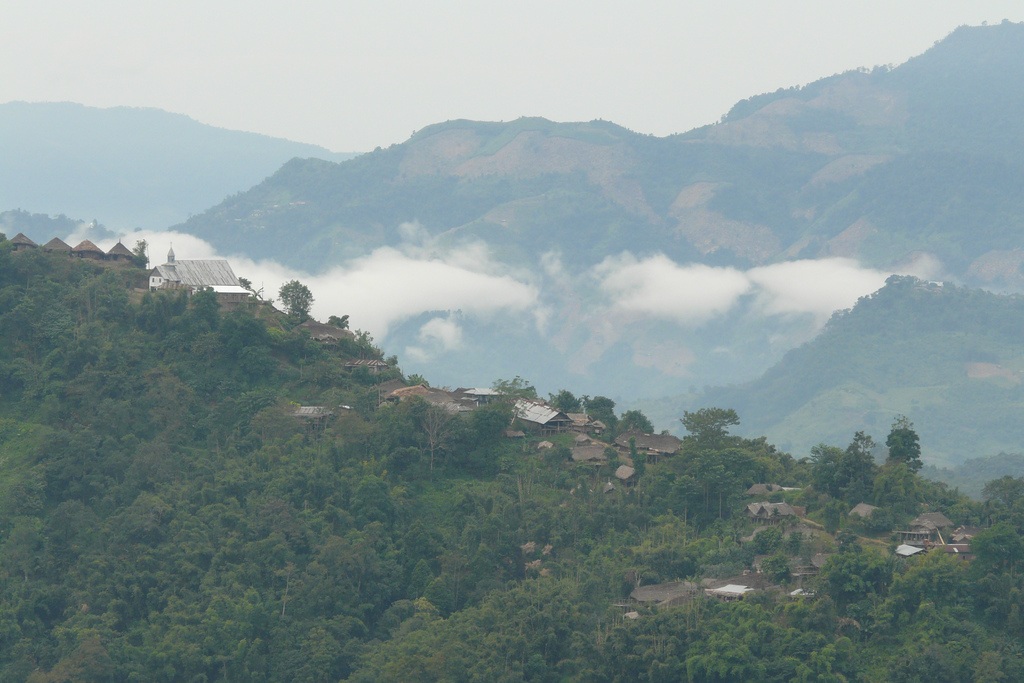 The area, which is now known as MON DISTRICT and is placed on the Northeastern part of the State of Nagaland, was not brought under the Civil Administration till 1948. Even in the beginning of the 19th Century, a vast tract of land lying between the administered areas of Assam and Myanmar (Burma) was not brought under the Civil Administration by the British. By the year 1914, the Foreign and Political Department of the Government of India, by a Notification, extended the Assam Frontier Tract Regulation of 1880 to the Hills, which were either inhabited or frequented by Abors, Mishmis, Singphos, Nagas, Khamptis, Bhutias, Akas and Daflas. It is by this extension of the aforesaid Regulation, the Government of India brought the area under some administration in 1914 and the area was named as the North East Frontier Tract. Hence, the present MON DISTRICT was also brought under same Notification but practically, there was no Civil Administration till 1948.

In 1951, the plains portion of Balipara Frontier Tract, Tirap Frontier Tract, Abor Hills District and Mishmi Hills were transferred to the administrative jurisdiction of the Government of Assam. Thereafter, the remaining areas of the said North East Frontier together with the Naga Tribal Area of Tuensang including the present Mon (District) were re-named as the North East Frontier Agency. The Mon Sub-division under the Tuensang Frontier Division was created and the officer who was first posted, as the Assistant Political Officer was Mr. W.H. RYNJAH.

Mon can be reached by bus from two routes. They are

via Sonari in Sibsagar district of Assam) and

(i) Mon district headquarters can be reached via Sonari by bus. It is about 65 km from Sonari to Mon.

There are no train and air services to Mon. However, one can come up to Bhoju railway station (Assam) and then proceed to Mon via Sonari. Bhoju to Sonari is about 7 km. Another train route option available is to reach Simulguri. Since there is no direct bus service from Simulguri to Mon, one has to go to Naginimora first and then proceed to Mon.

The nearest Airport is Jorhat (Assam), which is about 161 km (by bus) to Mon. But, there is no direct bus service available. One has to reach either Sonari or Simulguri first and then proceed to Mon from here.

There are direct bus services from Kohima and Dimapur to Mon.