Madhyamaheshwar is blessed with unblemished and numinous surroundings, this diminutive locality is famed as the most scenic spot among the Panch Kedars. 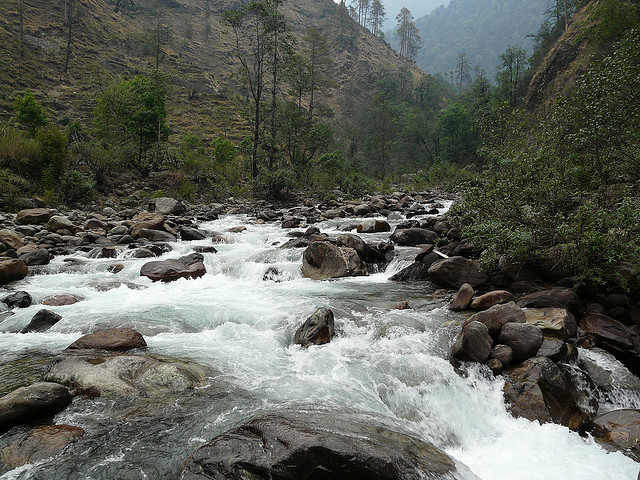 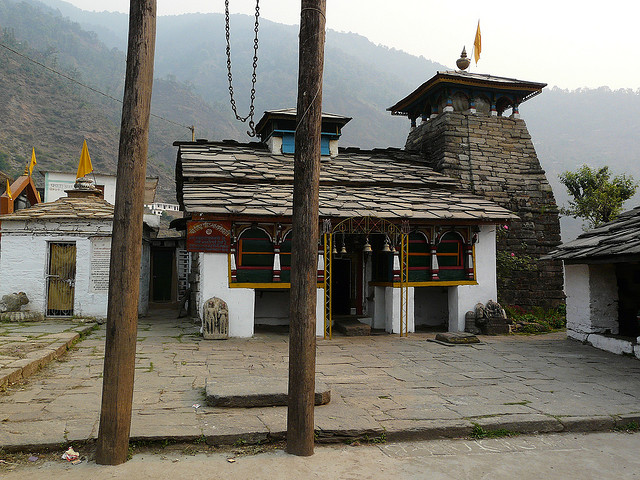 The legend of Madhyamhasewar is an integral part of the legend of Panch Kedar, which is a captivating narration of the efforts of Pandavas to atone for the sins of their fratricide (gotra- hatya) act of killing their cousins, the Kauravas, and Brāhmanahatya (killing of Brahmins - the priest class), during the epic Mahabharata war. On advice from sages and their trusted benefactor god Krishna they sought Lord Shiva to pardon them and bless them to attain salvation. Since Shiva was annoyed with them for their conduct during the Kurukshetra war, he tried to avoid them by assuming the animal form of a bull or Nandi and hid himself in the Himalayan Garhwal region. But the determined Pandavas, after sighting Shiva in the form of the bull grazing in the hills of Guptakashi, tried to forcibly hold the bull by its tail and hind legs. But the bull disappeared into the ground to reappear later in his original self of Lord Shiva at five places; in the form of a hump at Kedarnath, in the shape of bahu (arms) at Tungnath, with his face at Rudranath, his nabhi (navel) and stomach at Madhyamaheswar and his hair (locks) called jata at Kalpeshwar. Pandavas, pleased with the revelation of Lord Shiva at five places in different forms, built temples at these five places, worshipped him and attained salvation with blessings of Shiva.

Air: The nearest airport is Jolly Grant Airport in Dehradun, which is about 93 km from Madhyamaheshwar. Jolly Grant Airport in Dehradun is a domestic airport located at about 20 km away from city center of Dehradun. Taxi cabs are available from Dehradun airport to Madhyamaheshwar, which cost about Rs 2,000. The airport operates daily flights to Delhi. Nearest International airport is Delhi.

Rail: The nearest railhead is at Rishikesh which is about 76 km away from Madhyamaheshwar. Trains are available from Rishikesh to other major cities in India.

Road: Guptakashi is the nearest town at a distance of 25 km from Madhyamaheshwar. Bus and Taxi services are available from major cities in Uttaranchal and Delhi to Guptakashi.