Joshimath, also called Jyotir Math, is located ideally in the mountain slopes above the rivers Alaknanda and Dhauliganga and is also the home to one of the four cardinal pīthas established by Adi Shankara. The name Joshimath is a distorted version of the Sanskrit word 'Jyotirmath', the place of the Jyotirlinga of Shiva. It falls on the way to Badrinath and it is believed that lord Vishnu resides at this place in the winters. 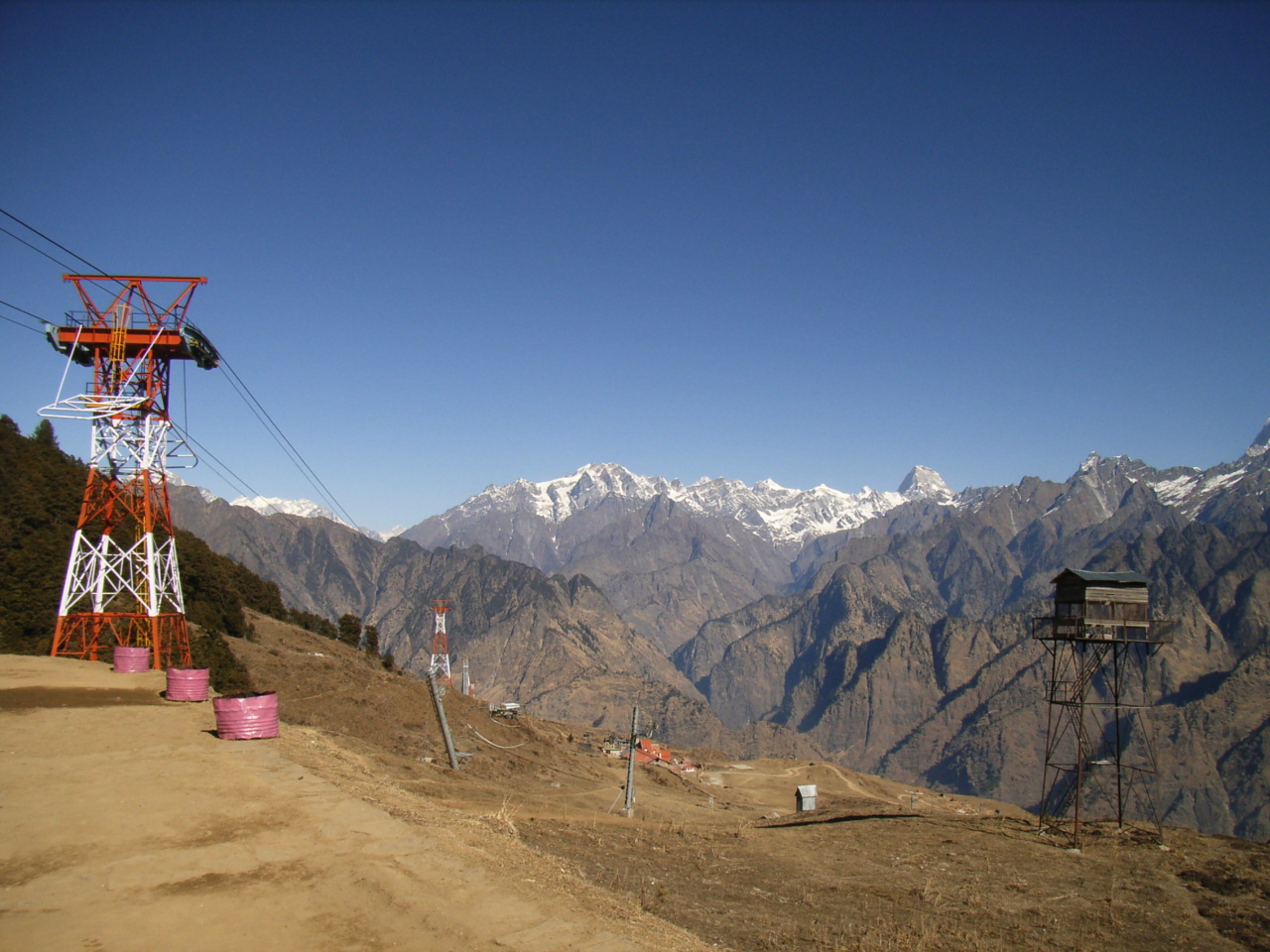 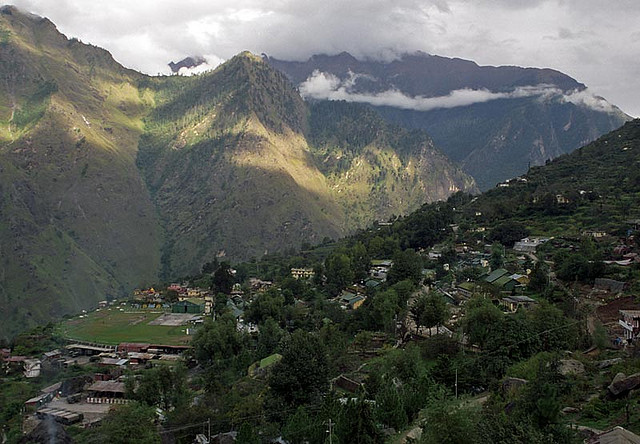 Jyotirmath or Joshimath (northern monastery) was originally known as Kartikeyapura, one of the four cardinal pīthas established by Adi Sankara, the others being those at Sringeri, Puri and Dwaraka. Their heads are titled "Shankaracharya". According to the tradition initiated by Adi Shankara, this matha is in charge of the Atharva Veda.
As it is close to the pilgrimage town of Badrinath, and the matha has not always been active, it is sometimes said incorrectly that the original northern matha was established at Badrinath.
In its most recent history, the Jyotirmath became inactive in the early 19th century. The formal occupation of the matha was restarted with the aid of the heads of some of the other mathas from about 1940 onward. However, there is an unresolved controversy over the succession to the headship of Jyotirmath. The best known of the claimants to be the current head or Shankaracharya is Svarūpānanda Sarasvatī who is also head of the Dwaraka matha. The other two claimants are Vāsudevānanda Sarasvatī and Mādhavāśrama.

By Air: The nearest airport is the Jolly Grant Airport in Dehradun at a distance of 273 km

By Rail: Rishikesh is the nearest Railway Station to Joshimath, which is at a distance of 253 km connecting to all the major cities like Delhi, Lucknow, Moradabad etc.

By Road: Joshimath is well connected by surface network with Dehradun, Haridwar, Rishikesh, Nainital and Almora.

There are several private lodges in town. The road to Badrinath is closed at 4.30 pm, so if you arrived after this time you must stay here.
GMVN’s Nigam Tourist Bungalow (222118), at the north end of the upper part of the town, has dorm beds for Rs 160 and rooms ranging from Rs 300 up to Rs 500.
Next to the main square is the basic Kamet (2221550 with rooms for 275).
Marwari has basic rooms and a popular vegetarian restaurant below it.
Jyoti Lodge (2133) is a good middle-range hotel.
The older Neelkanth has nice rooms with a view of the valley.
Dronagiri (2254) is the best place in town.
In the lower part of town is the good Kedar Holy Home Guest House (2246), which has good doubles for Rs 400.

Joshimath is the base for the trekking expedition to the famous Valley of Flowers and Hemkund. The season here, for trekkers is short-lived: mid-July to August end. Following are the two routes that can be taken:-
1) Joshimath - Govindghat - Ghangaria - Valley of Flowers
The trek begins at Govindghat, which is about 18 Km from Joshimath. Ghangaria is the next stop which is 12.5 Km away. Valley of flowers is a 3.5 km trek from here.
2) Joshimath - Govindghat - Ghangaria - Hemkund
Hemkund which is a famous center of Sikh pilgrimage can be reached after a steep trek of 5.5 Km from Ghangaria. Here, there is a beautiful lake and a Gurudwara by its banks.

District
Chamoli
STD Code
01389
Best time to visit
April-May and September-November
Famous For
It is home to one of the four cardinal pīthas established by Adi Shankara.
Upcoming