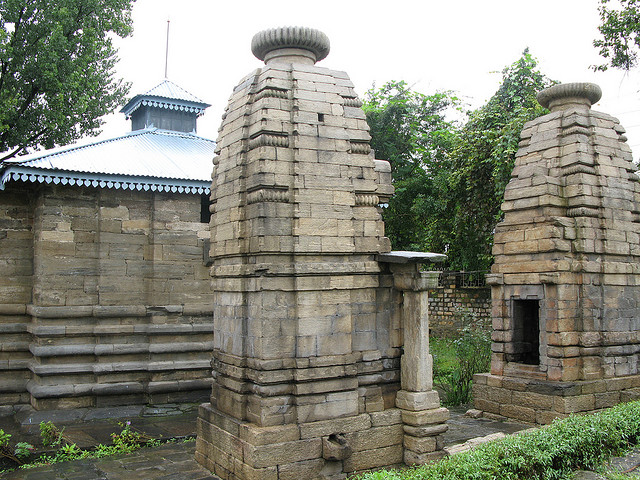 According to legends, Markandey, a highly revered sage, used to stay at this place, meditating days and nights long to get blessings from Shiva. Lord Shiva visited him during nights in disguise of a 'Bagh' (Hindi for Tiger). Thats why the temple, dedicated to Shiva is named after tiger, ie, Bageshwar (meaning Lord of Tigers). The temple was built by rulers of Chandra dynasty, in 16th century. Legend has it that when repeated attempts to install a Shiva Linga proved futile, it was Shri Manorath Pandey of Palayn village who succeeded in installing the idol after performing penances on the Shivratri. From then onwards, a massive fair is held on Shivratri each year to commemorate the event.

By Air: The nearest airport is Pantnagar, 200 Km from Bageshwar.

By Rail: The nearest Railhead is Kathgodam.

Accommodations can be easily found in the small town of Bageshwar. There are hotels, ranging from luxury to semi-luxury and budget options. Alternatively one can stay at Almora (73 Km) and plan a trip to Bageshwar.