Anini, located between the Dibang River and Mathun rivers, which are tributaries of the Brahmaputra, with scintillating mountains and green valleys, provides tranquil atmosphere where tourists can enjoy the serene beauty of the nature.

The town is fully dependent on Roing (234 kms), which is the nearest town in the Lower Dibang Valley District for all commercial needs. 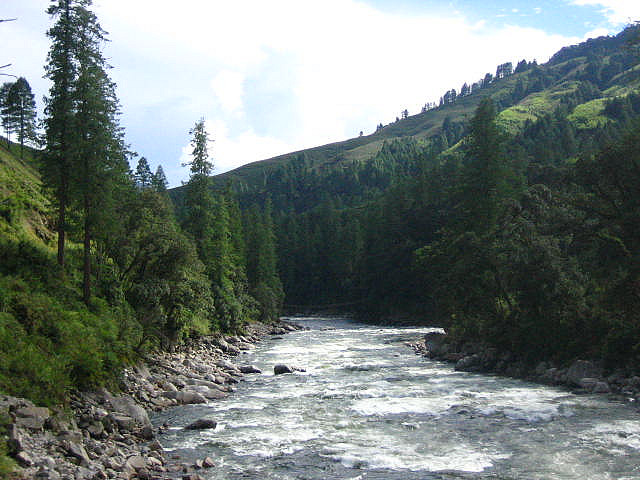 Like the history of Arunachal Pradesh, Anini's history is cloudy. The native Idu Mishmis and other tribes were said to have migrated from ancient Tibet back in the 1st or 1st millenium BC. They have been believed to have stopped in Lhoyu. Lhoyu became under Tibetan control around the 7th century.[8] Anini was officially established during the times of NEFA and the British Raj. Anini's importance grew during World War II, when supplies and troops needed to be sent to China through the Ledo Road in Assam. In 1947, Anini became apart of the Union of India like the rest of India. At this point the Republic of China was free to claim most of Arunachal making it, and Aksai Chin under dispute. The People's Republic of China emerged in 1949, and once the British left in 1950, Arunachal and Aksai Chin were under dispute. Since then, they remained under dispute. In June 1980, the Dibang Valley district was finally carved out of the Lohit District, and Anini was pronounced capital.[9] Since then, Anini has been the only district headquarter without proper road links to the rest of India.

Air: The nearest airport from Anini is the Tezu Airport, about 200 km by road. The easiest way to get to Anini is through the Dibrugarh Airport (through Guwahati airport), though.