Kapaleeswarar Temple, located at the southern part of Katcheri Road in south Mylapore, Chennai, is a holy relic dating back to 1250. Lord Shiva is the presiding deity of the Kapaleeswarar Temple. Karpagambal, his consort, is another major deity. The architecture is a supreme example of ancient Dravidian style, with typical side entrances, gopurams, courts and a tank built around the central shrine. The 37 m tall gopuram (pillar) is carved with stucco gods, goddesses, and saints. The bronze statues of 63 Shaivite saints adorn the temple courtyard. The courtyard also has a Punnai tree, one of the oldest trees in Chennai. The tree has a small shrine that depicts the legend that gave Mylapore its name. The tank, once full of water, was best seen during the Theppam or float festival every January when lighted lamps would be set afloat on the waters. This tank is now dry. 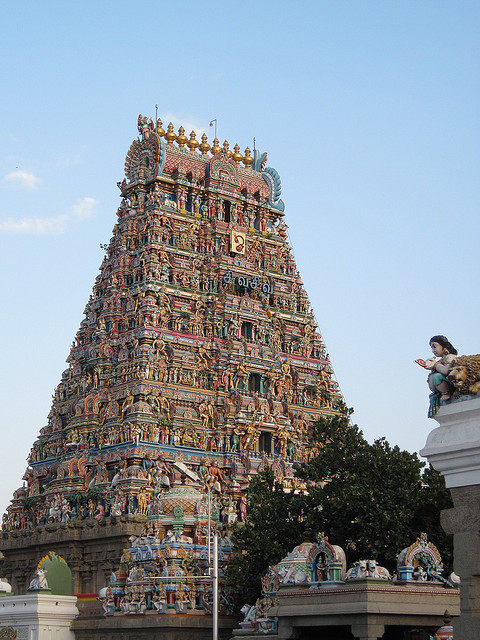