Golghar was built by Captain John Garstin as a huge granary for british army in 1786, after famine of 1770. The massive structure is 29 m high and the walls are 3.6 m wide at the base. The winding stairway around this monument offers a brilliant view of the city and the Ganga flowing by.
This huge and impressive beehive-shaped structure was constructed in July 1786 by Captain John Garstin following a terrible famine in 1770, to serve as a state granary. A flight of steps winds round this 29m high building to the top from where one gets a fine view of the river Ganga and Patna city. 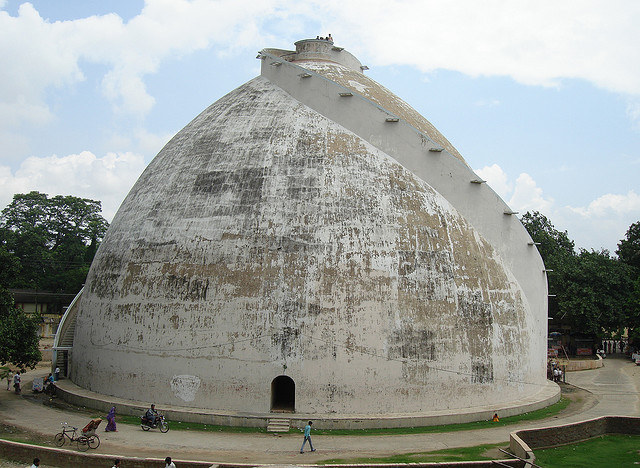