Chowmahalla Palace is near the Charminar. It comprises of four palaces. The Asif Jahi dynasty made this palace as their seat. The official guests as well as royal visitors were entertained here. The heart of the Chowmahalla Palace is called Khilwat Mubarak, and houses the Clock Tower, Council Hall and Roshan Bungalow. Roshan Bungalow was named after the sixth Nizam’s mother, Roshan Begum.

The palace was restored and opened to public in January 2005. After five years of documentation and restoration work, the first courtyard regained its former glory.

The palace is open to visitors between 10 am and 5 pm. It is closed on Fridays and on national holidays. Entry fee is Rs 25 for Indians and Rs 150 for foreigners. 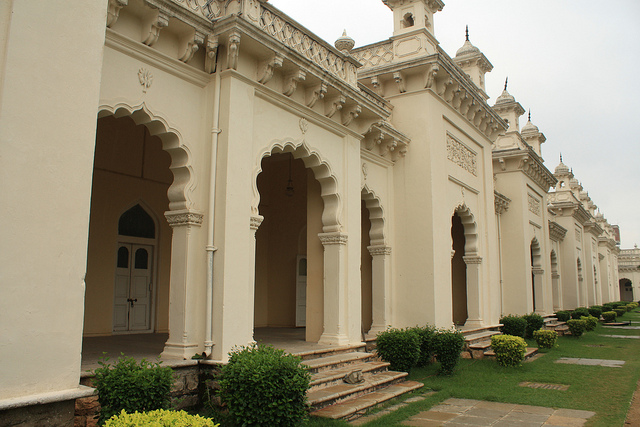