Situated above the city palace, this medieval fort towers above the city, on a hillock. There are many legends associated with this fort. It is a massive structure and has a large number of towers. The fort is said to have sheltered many Mughul princes during their journeys or exiles. The dimensions of the fort speak volumes about its utility in those days. The fort measures 5 kilometers from North to South, and 2 kilometers from East to West.

Much of Alwar’s character is intermingled with the history of the gigantic fort Bala Quila, which is erected on a 300m steep peak. Though this fort did not give any ample evidence about the ruler who constructed this fortress, it reveals its close association with the mighty Mugals.

The ancient Hindu scriptures, the Puranas, dictate that a fort depicts the strength of a king. Bala Quila embodies this old saying and it represents the might and valor of the Rajput rulers. The all-embracing fortifications extend to a large area and with in that expansion we can see so many minarets and fabulous mansions.

This massive fort, which situates atop at a lofty hill, is reachable only by a tedious journey and permission from Superintendent of Police, Alwar is a pre-requisite to visit the fort. 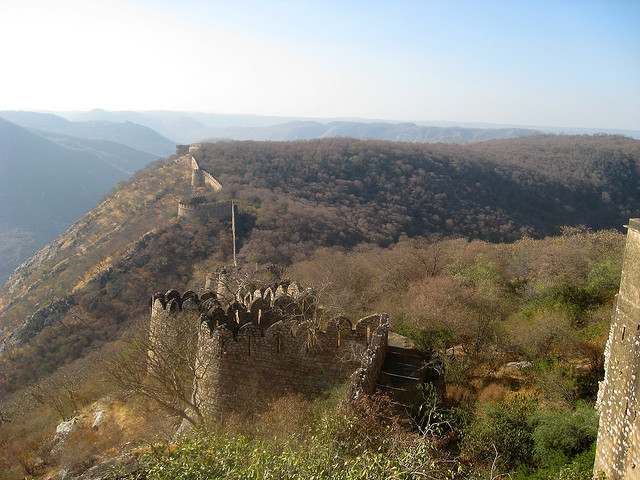 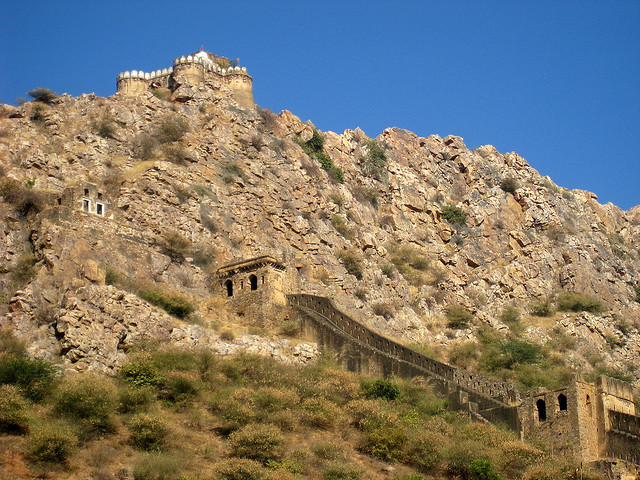