The Arvalem Caves are located in the Bicholim taluka in the North Goa District of Goa. Represented as one of the ancient monuments of the region, these rock cut caves are believed to be constructed by the Pandavas as an abode during their exile. Often referred to as the Pandavas Caves, archaeologists have traced the origin of these caves that dates back to around the 5th or the 6th century.

Some of the caves are believed to be carved by the Buddhist monks, who travelled through the region during ancient times. The caves are constructed along the lines of Buddhist caves, which have a sanctuary at the northern end and the Buddha Vihara at the southern end.

Comprising of five compartments in the cave complex, the third of the middle compartment has a Shivalingam. The shafts of the four other caves are decorated with carved Shivalingams that are the replica of popular Elephanta and Ellora caves. Besides, the Shivalingam in the second cave with an inscription in Sanskrit and Brahmi characters of the 7th century possesses historical importance for archaeologists. 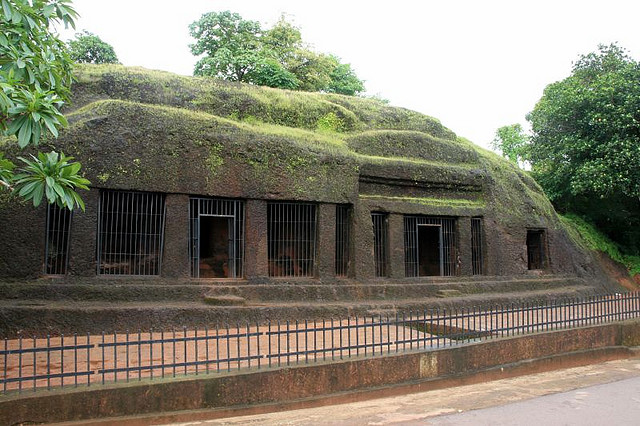