The international borderline between India and Pakistan, Wagah is always been in the news headlines of both countries. Convoluted buildings, barriers and roads mark both sides of the border. The fencing between the borders is electrified with a high voltage. The Swarna Jayanthi gate, which is the entry gate of the outpost, commands the magnificient scenery of verdant landscapes.

Situates in between Lahore and Amritsar, evenings in this army out post is very charming and colourful with the "Beating the Retreat" ceremony. The pageantry and pomp, and the change of guard with in a short expanse make an appealing spectacle, which grabs large gathering. The most important segment of the ceremonial parade is the bringing down of the respective flags of both countries. Tourists and the locals throng near the border to witness the ceremonial parade of the Soldiers of the two countries. When the sun sets in the horizon, the soldiers take their departure amidst the beatings of the drums and beguiles. The entire ceremony nearly takes thirty minutes. 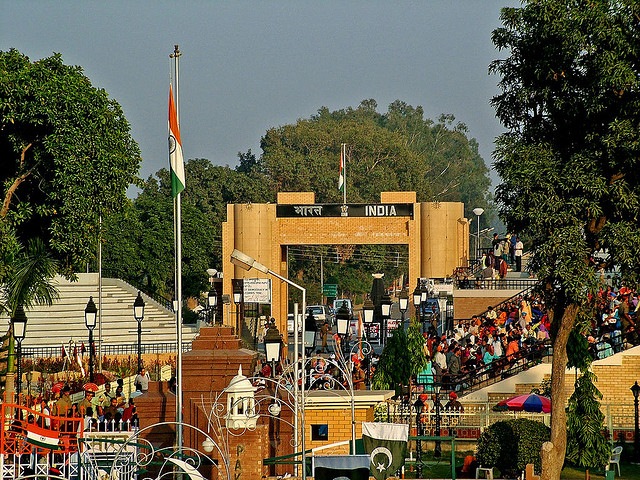