Tradition has it that there once stood seven temples along the shore line in this area. Today, the only one that is there is the Shore Temple. It was built during the 7th century by the artisan Rajasimha under the rule of Narasimha Varman II. It is one of the oldest temples that can be found in South India that is built in the Dravidian style. It has lately increased in popularity because it is now listed as one of the world heritage sites of the UNESCO. Numerous carvings can be found throughout the temple. Three separate buildings make up the temple. Two are Shiva temples that fast east and west. The third is a Vishnu temple. 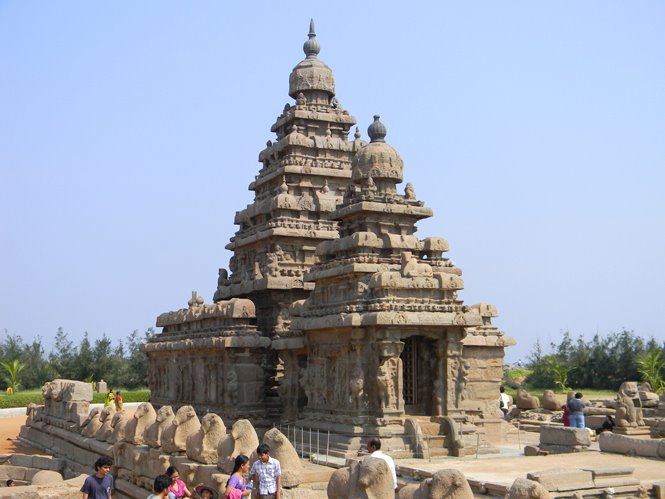 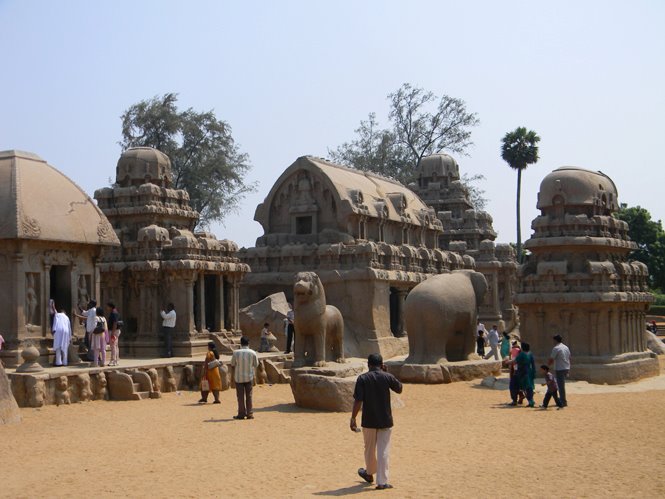