One of the most sacred and revered pilgrimage centers in India, Shiva Dol is a major tourist attraction in Sibsagar. It is not only the tallest Shiva temple in northeast India, but also the highest Hindu temple in the whole of India. The entire temple has a height of about 104 feet and a perimeter of 195 feet at the base. Surrounding this massive temple are two other smaller temples, namely Vishnu Dol and Devi Dol, dedicated to Lord Vishnu and Goddess Durga respectively. Situated on the banks of the 200-year-old Sibsagar tank, it is visited by thousands of migratory birds in the winter season.

The seven-foot high golden dome, situated at the topmost part or the apex of Shiva Dol, is called Kolosi and is made of pure gold. The numerous walls and pillars within the temple are sculptured with the figures and images of Hindu Gods and Goddess. This age-old creation of the Ahom Dynasty has become the center of attraction for travelers and tourists from all over the world. The most important festival celebrated in this temple is Mahashivaratri, which falls in the month of Phagun, a fortnight before Holi (usually a moonless night in February or March).

Mahashivaratri is a celebration of the union of Lord Shiva with Parvati. On this day, thousands of devotees come to offer fruits, flowers and bel leaves on the Shivalingam. The main ritual during this festival is the offering of six items on the lingam, namely milk, yoghurt, honey, ghee, sugar, water (Panchamrit) and finally, vermilion paste. This is followed by placing bilwa (bel leaves) on the lingam and offering jujube fruit, as it is a symbol of gratitude. Besides this, other rituals include burning lamps and incense sticks, ringing the bells in the temple, etc. Another important occasion is the festival of Shivratri, celebrated on the 13th night of every month, in the Krishna Paksha. 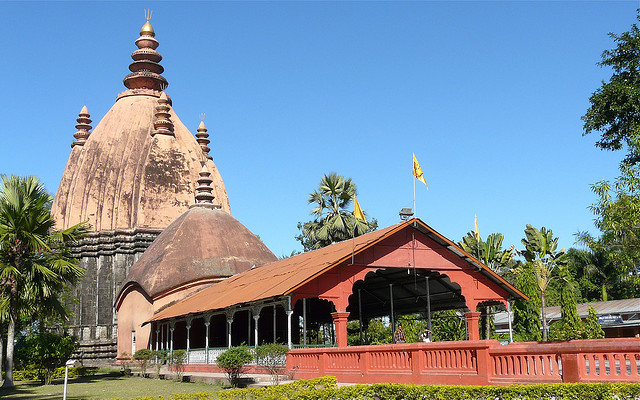