Gloriously encircled by the majestic peaks of Nada and Trishul, the Rudranath temple proffers an extremely divine experience to a Shiva devotee. One of the Panch Kedars, this temple depicts the lord as Neelkantha Mahadeva and it is believed that it was here that the face of the lord appeared during his struggle with the Pandavas. Another popular legend is that Lord Shiva had appeared to Narada in the form of Rudra and blessed the sage here. On a closer look the peaks in Rudranath bear a resemblance to the face of lord Shiva.

The deity is self manifested which is shaped like a human face shaped by the protrusion of a giant rock. Half opened eyes of the lord is enclosed under golden coverings which will be removed during the evening time. Perennial fall of water droplets on the face from a natural ridge adds the serenity of the ambiance

Prettily situated in the lovely ambience of thick forest, and aromatic flower loaded paddocks Rudranath temple is a rewarding shrine where one can feel the presence of the destroyer lord in all his magnificence. A cave temple at an elevation of 2286 meters, flanked by lovely water bodies is indeed an enchanting place to get in. Though the temple is set amidst of pretty streams, the Vaitharini gains much predominance since it is believed that the soul of the dead has to pass the glittering waters of this pool in order to attain salvation. Hence the devotees horde here to offer tribute to their departed souls.

A perfect setting in the backdrop of the Himalayan ranges, Rudranath temple offers an idyllic environ of tranquility and serenity where one can find the supreme relief from all worldly pains and pressures. 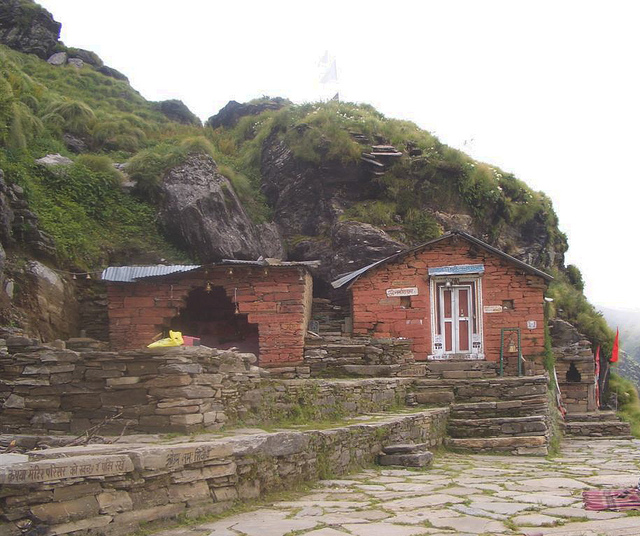 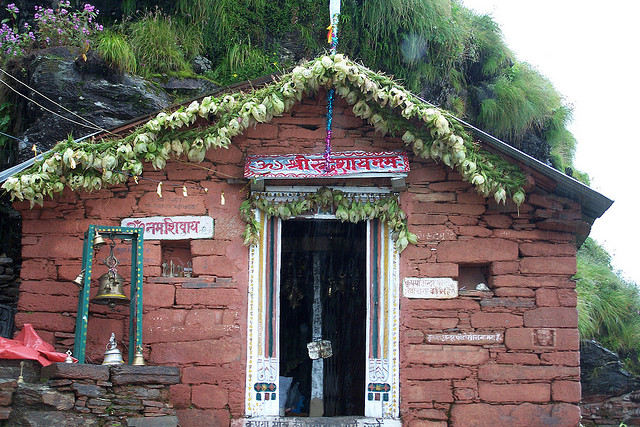