The seat of Indian Parliament is a marvelous piece of architecture designed by the famed architect Lutyens and constructed under the direct supervision of Sir Herbert Baker. Visitors are not allowed to loiter inside the building without special permission, for security reasons. For the foreign visitors permits are given only after they obtain an introductory letter from the respective embassy. Designed as a circular structure, the House is 171 meters in diameter and about one-third of a mile in circumference. The two semicircular house chambers flank the Central Hall with its impressive dome. The building has a continuous open corridor on the first floor fringed with a colonnade of 144 creamy sandstone pillars. The exterior walls of red sandstone are carved in geometric patterns that echo Moghul jaalis. It is a marvellous piece of architecture which can be admired only from outside on account of security restrictions. It is domed almost circular structure about a kilometer in circumference and is the seat of the Indian Parliament. During the sessions of Parliament there is a flurry of activity in and around the structure. 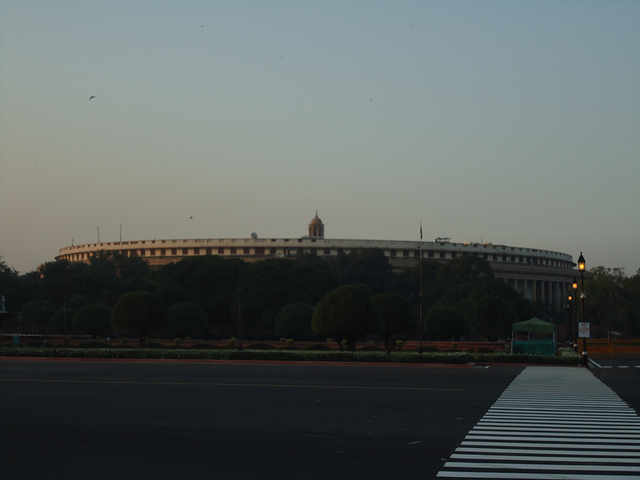