Vedagiri Lakshmimarasimha Swamy devastanam came into being nearly 500 years ago, on the summit of Narasimhakonad. According to the rock inscriptions, this temple was built by the Pallava king Narsimha Varma in the ninth century. Legend goes that the sage Kasyapa established the temple on the bank of Pinakini. And the vedic scripture [Brahma Purana]]reveals that the seven sages (Saptarishis) performed “yagnam” (Sacrifice) on the top of Narasimhakonda. The seven (Koneru) tanks were renovated with Mandapas on the hilltop . The holy place lies 15 km (9.3 mi) away from Nellore, on the southern bank of the river Pinakini. Every year “Brahmotsavams” are celebrated here in the month of May. Jonnawada is to the north of the river. 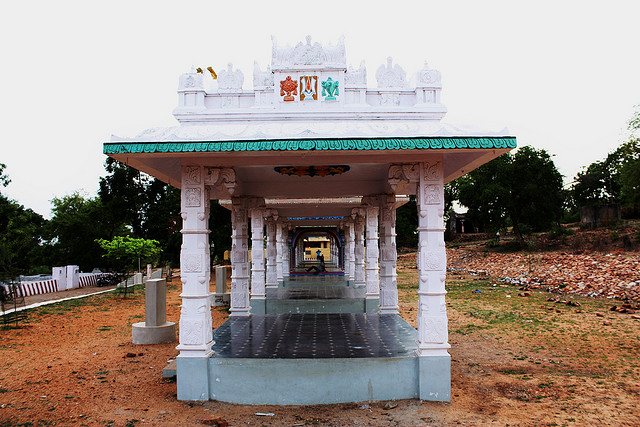