Mahabodhi Temple is the main attraction of Gaya and it is also an architectural masterpiece. Of course, the temple is like is other most popular temples in India, but as you enter inside the temple complex you find an atmosphere of peace and tranquility. Extensively renovated during the 19th century, the temple is supposed to be a replica of the 17th century structure that was standing on the site of Mauryan Emperor Ashoka's original 3rd century shrine. The imposing single spire of the temple rising to the lofty height of 55mts and is visible from all over the surrounding countryside. Atop the temple there are Chhatras which symbolise sovereignty of Buddhism.

The main attraction of Bodh Gaya is the Mahabodhi Temple which was constructed around the original Bodhi Tree which sheltered the Buddha. Though the temple was constructed in 7th century AD, it has been repeatedly repaired and renovated the last being in late 19th century by the Burmese King and the Archeological survey of India. This Main Temple is shaped like the original stupa constructed by King Ashoka.

The Shrine contains a massive Buddha statue, seating cross-legged and earth touching. This is believed to be the spot where Buddha attained Nirvana. Delicately carved stone railings encircle the temple complex that also houses seven various places where Buddha associated a week during the process of enlightenment.

On the four corners of the temple four towers rise elegantly giving the temple a poise and balance. Within the temple complex, which is dotted with tiny stupas and shrines, the main brick structure of the temple stands in a hollow flanked by a stone railing dating from 2nd century B.C. Only three quarters of the railing exists today, the other sections in the museum located in the complex. Inside the temple a single chamber houses a massive glided image of the Lord Buddha. Upstairs there is a balcony and a small plain meditation chamber. Entry to the temple complex is from the east daily from 6 am to noon and 2 pm to 6.30 pm. 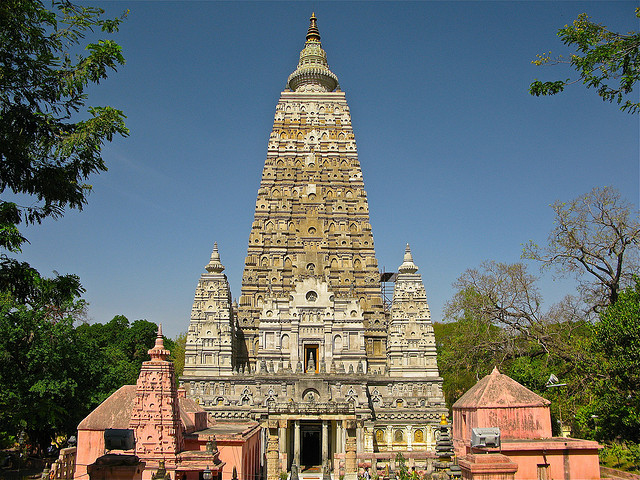 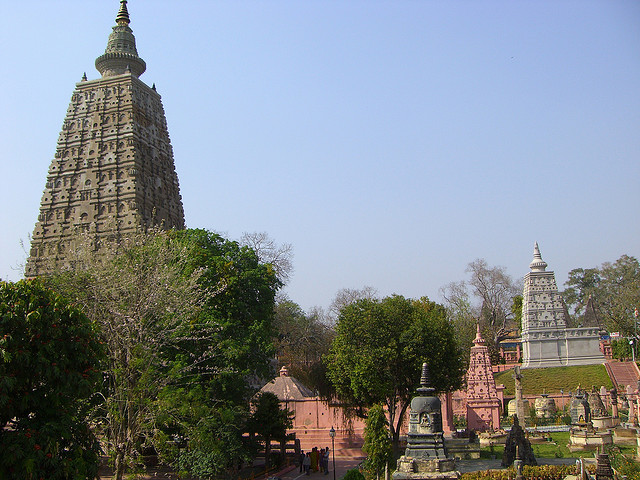 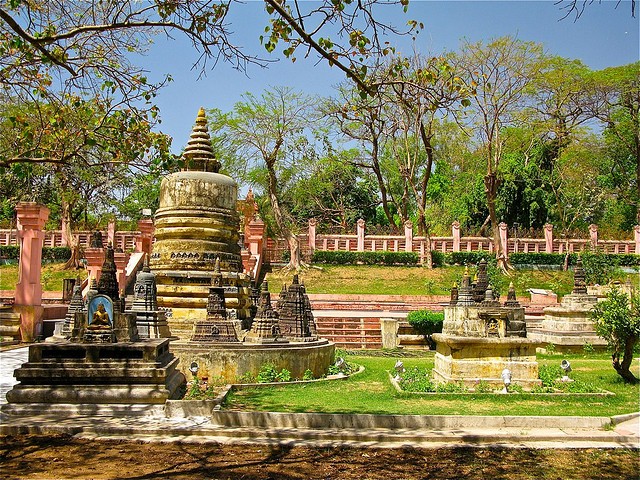 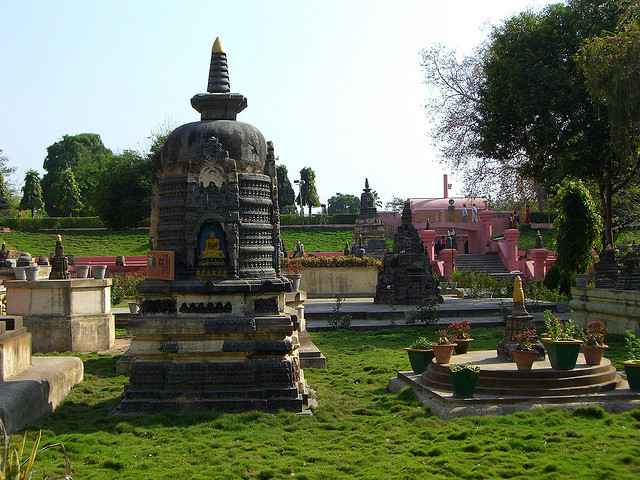 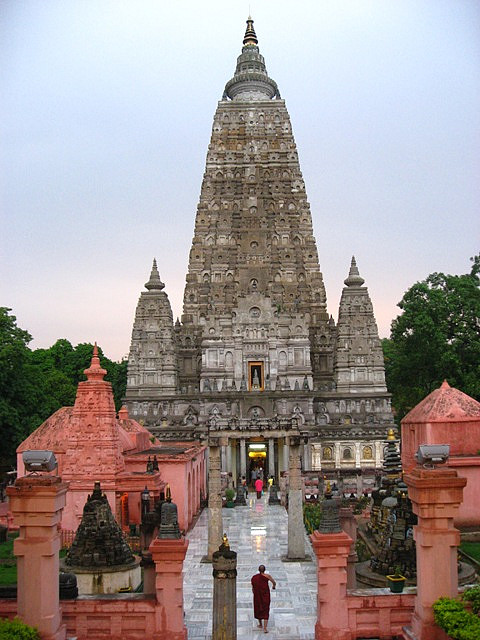