The Kaduthuruthy temple, also known as Thali temple, is one of the three famous Shiva temples in Central Kerala. The temple is placed at the backdrop of scenic Vembanad Lake nad is placed at the top of a small hill. The Shiva idol is believed to be installed by Kharasura (Khara demon) and is one of the three idols he worshipped. Other two idols enshrine Ettumanoor and Vaikom.

The Sivalinga in this temple is placed facing East. The sanctum and the portico of the temple have many wood carvings depicting the story of the Lord Shiva. The mythological story ‘Karthaveerarjuneeyam' has been depicted in the carvings and is the specimen example of the architectural elegance of medieval Kerala. The idols of Ganapathy, Durga and Sastha are also placed in small shrines around the temple. 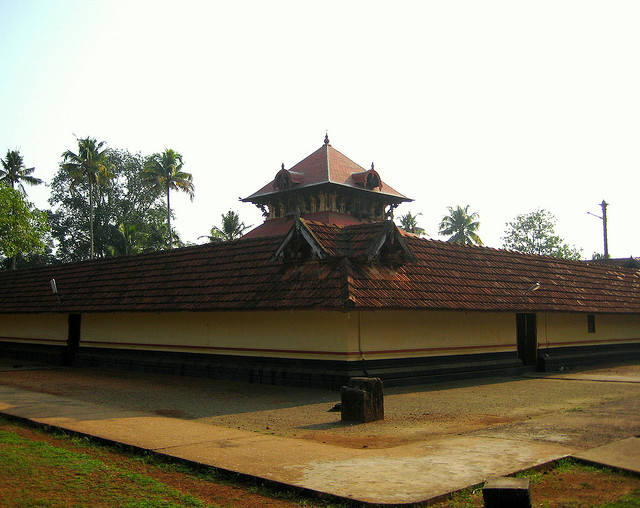