Himalayan Zoological Park, located at a distance of 3 km from Gangtok, is one of the best places for wildlife lovers. Situated in Bulbuley, the park has been established with the aim to preserve wildlife in natural habitat. Sprawling over an area of 205 hectares, the Zoological Park is at an altitude of 1,780 metre from where beautiful view of Mount Kanchenjunga can also be enjoyed.

It is the first park of its kind in the entire north-eastern part of India, which was established in 1991. The animals residing in this park are kept in replicated natural conditions. Most part of this park is covered with forests of Red Panda, Blue Sheep, Musk Deer, Barking Deer and Himalayan Black Bear.

On passing through this park, one will come across hedged open-air enclosures. These enclosures are the habitats for Barking Deer, Panther, Red Pandas, Leopard Cat, Barking Beer, Himalayan Palm Civet and Tibetan Wolf. In addition, tourists can also spot Goral Spotted Deer and Bears.

The best time to visit the park is in the months between mid- February to May and from mid- September to December. 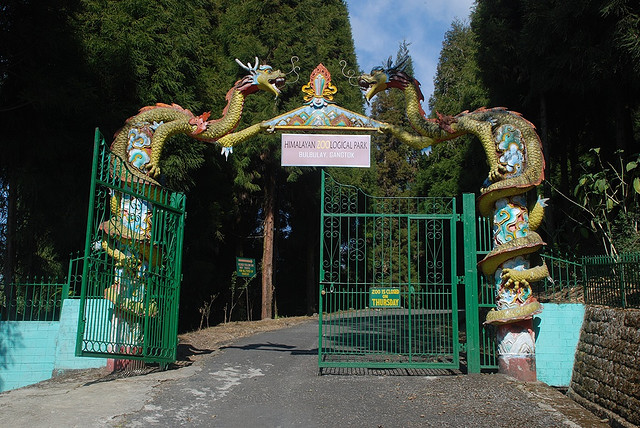