Constructed in the the 5th century, the Chaukhandi Stupa built to commemorate the spot where Buddha first met his disciples. There is an octagonal tower which is of Islamic origin and a later addition. Nearby attractions include Dhamekha stupa, Dharmachakra stupa, Dharmajika stupa, site of the Asoka pillar, and Mulagandhakuti temple. Apart from this, standing near by Chaukhandi stupa one can find ruins of monasteries, courtyards and verandas. Like any other places in Sarnath, this Stupa got its relevance in Buddhist culture. This is an ancient monument and is remarkable for those who explore ancient historical evidences. 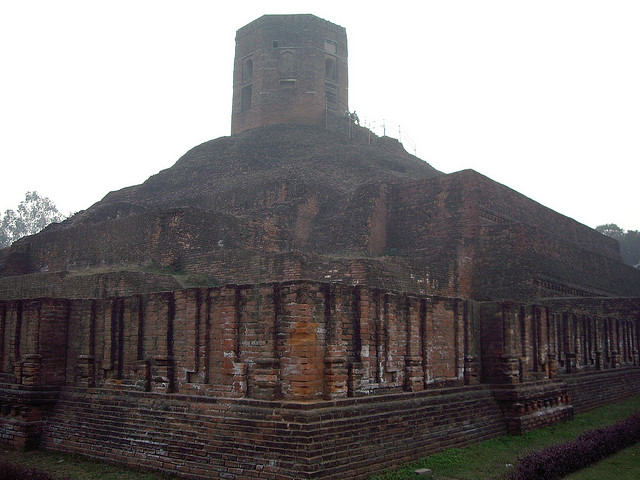