Bojjanna Konda, a Buddhist excavation site, is renowned as Buddhist heritage spot in Visakhapatnam, dating back to 2000 years. It is pretty placed on a mount at Sankaram village near Anakapalle in Vizag.

Bhavi Konda, Thotla Konda, Bojjana Konda, and Salihundam located around Visakhapatnam were places of Buddhist excavations. These were hamlets of Buddhism during the second century AD. Excavation during 1906 in these places brought out many Buddhist monuments such as stupas and chaityas. It is believed that some of the corporal remnants of the Buddha were conserved at these sacred Buddhist places.

The visitor is blessed with the view of architectural remnants of the Buddhist period dated from 200 BC to 700 AD, one of the earliest of its class in South India.

Dantapuram, another Buddhist excavation site, is pretty placed at the confluence of river Vamsadhara with the Bay of Bengal not far away from Vizag. The excavations in this holy place have exposed many stupas and antiquities.

On the eastern hill, there are a series of rock-cut caves, numerous groups of monolithic dagobas, standing on rock platform in tiers above each others and, crowning all, a rock-cut stupa with extensive structural remains. On the western side of the eastern hill is a stairway, partly rock-cut and partly structural, which leads up to a large double-storied cave. The cave is entered by a doorway and is flanked on each side by huge dwarapalas.

The place is known for the ancient statues of Buddha in various postures, enchanting stupas and other Buddhism related structures like meeting halls. The materials excavated during 1900 AD, include different varieties of bricks that were used in the construction during the Buddhist period. 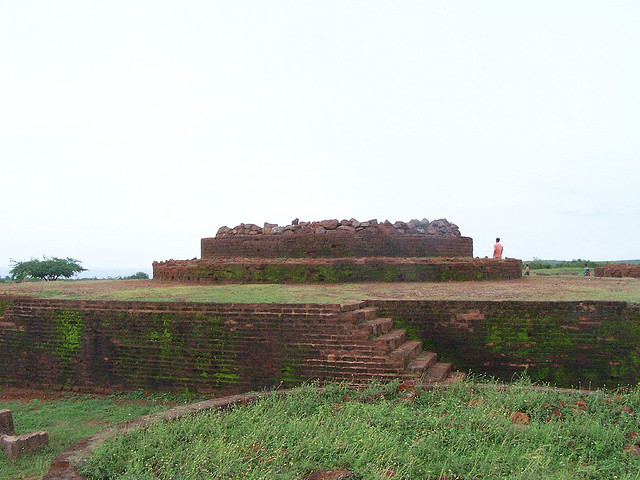