The main attraction to the town is the Badrinath temple. This temple is dedicated to Lord Vishnu or Badrinath and is shaped in the form of a cone. The town was first regarded as a pilgrimage site by a saint, Adi Guru Shankaracharya, in the 8th century. It is believed that Adi Guru Shankaracharya discovered the image of Lord Vishnu on the banks of Alaknanda River and enshrined it in a cave near the hot springs of this area. Later, the King of Garhwal moved the idol to the present temple. This temple has a colourful Singh Dwara or the main entrance gate. The temple has been through a number of renovations due to its age and damages caused by avalanches.

The temple is composed of three distinct parts:

• Garbha Griha or the sanctum.
• Darshan Mandap - where the rituals are performed; and
• Sabha Mandap where the devotees gather

The temple has 15 idols of Hindu Gods and the most attractive being the one metre high idol of Badrinath or Lord Vishnu, sculpted in a meditative pose and in black stone sitting under a gold canopy. Many devout Hindus believe that the idol of Lord Vishnu is a self-manifested statue of Vishnu. Although the temple is located in the North of India, The rawal or the chief priest is a Namboodri from Kerala in the South of India. This chief priest is accompanied by Dimripundits belonging to Village Dimmer of Garhwal. Therefore, Badrinath is one of the few temples in North India which follow the ancient Tantra-Vidhi of Shrauta tradition, which is only practiced in Kerala in the South of India.

A holy shrine at an elevation of 3,133 meters Badrinath shrine is famed as the most sacred pilgrim center of the Hindus. Placed at the serene ambiance of majestic Alakananda river in the midst of a gorgeous basin the shrine boast of a legendary history. Dedicated to Lord Vishnu, the temple of Shri Badrinathji is 15m in height and is in black colour.

Legends say that this shrine was in existence there at the time of Vedas and it has undergone so many renovations. During winter the temple would be closed due to heavy snowfall and it is believed that during this time the deity would be adorned by the heavenly inhabitants. It is generally assumed that with extend of Buddhism, the Buddhists preserved the deity of Lord Buddha there and during the Hindu renaissance, the statue of Buddha was later reinstated by Sankaracharya with the idol of Lord Vishnu. This might be the reason for the Padmasan posture of the deity, which resembles a typical Buddha deity.

The main shrine has three parts and the Garbha Griha is adorned with the deity of Lord Vishnu in a Padmasana Posture. Darshan Mandap and the Shobha Mandap are the other two major portions of the main temple. With in the temple complex there is another shrine that is dedicated to goddess Lakshmi. It is very interesting to note that Vishnu and Lakshmi are adorned here as distinct idols and that might be the reason that the main priest in Badrinath is a bachelor. Temple complex encompass fifteen idols of other gods and goddess of the Hindu pantheon. 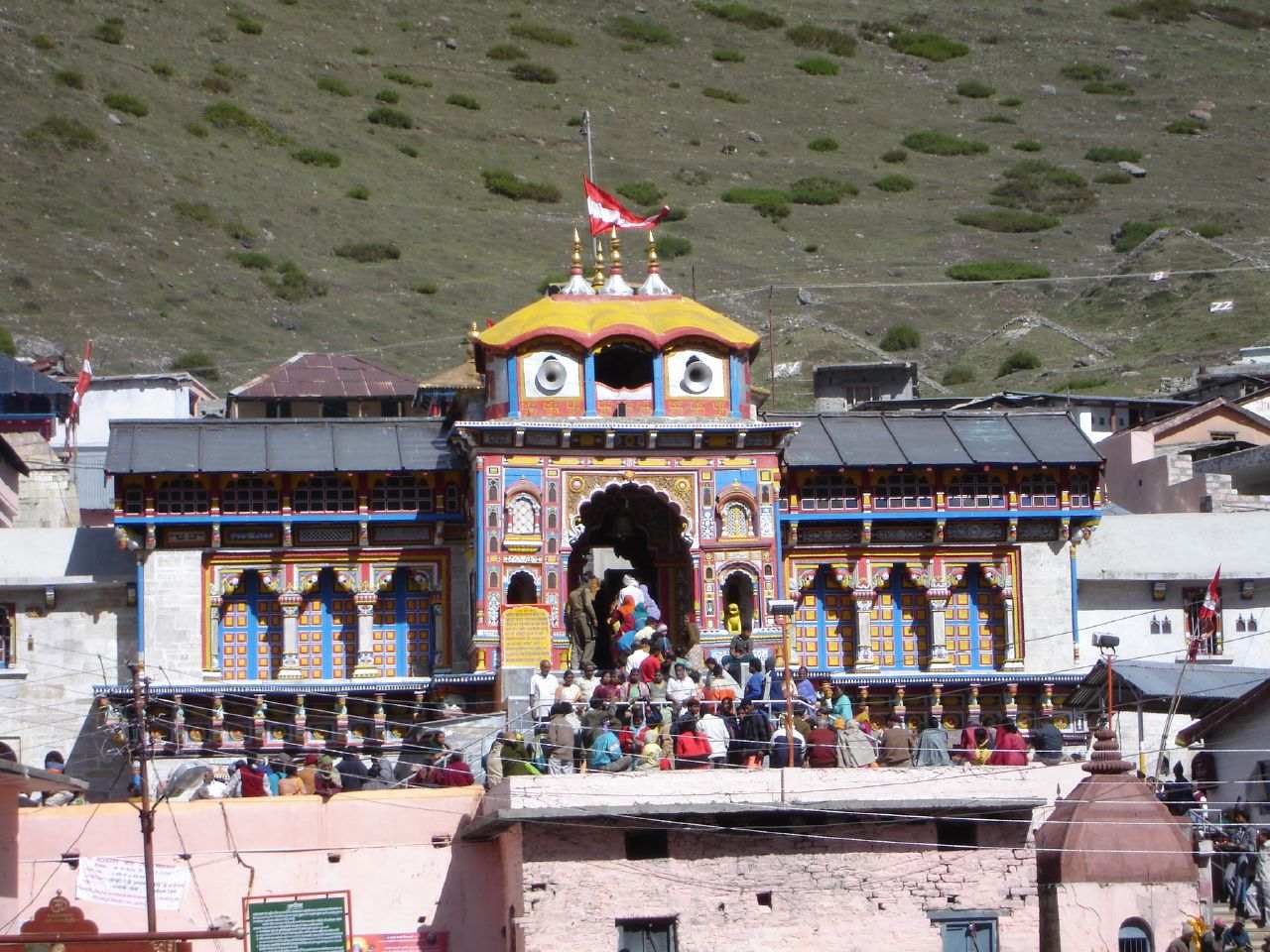