Vijayawada (also known as 'Bezawada'), flourishing on the banks of Krishna River, has the largest Railway station in South Central Railway providing vital rail and road link and is now known as 'the city that never sleeps. The name Vijayawada means 'The City of Victory', comes from a belief that it was here on the Indrakiladri Hill that Arjuna did hard penance and won the blessings of Lord Shiva. 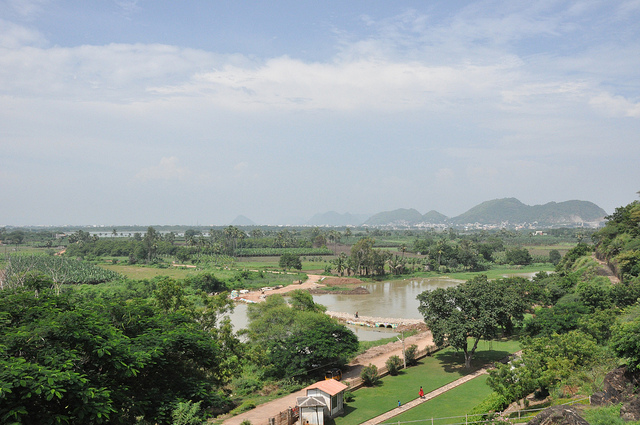 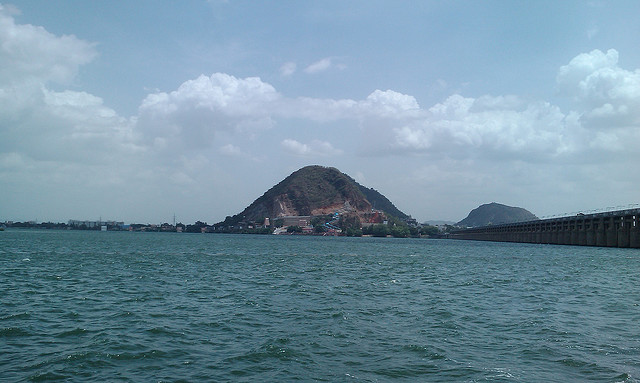 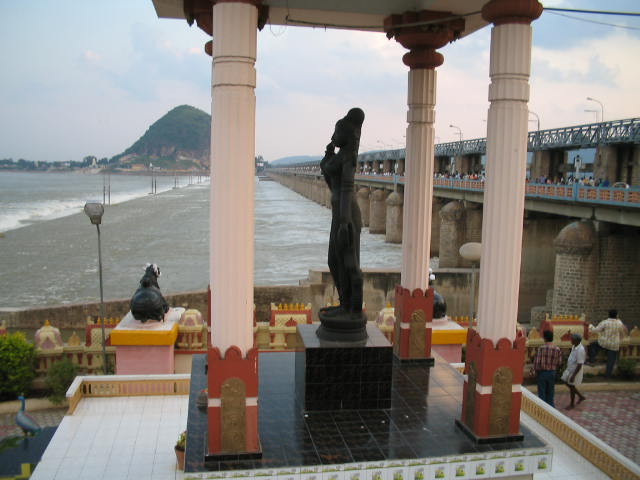 The famous Chinese traveler Xuanzang (Hsuan-tsang) visited this place in 639 AD, when Buddhism was at its zenith in the region. Kings Choda Gangadeva and Ananga Bhimadeva of the Eastern Ganga Dynasty in the 12th century, whose capital was in modern Bhubaneswar and who built the Lingaraj temple, had re-annexed a considerable part of the modern Andhra region and marched up to Godavari but could not cross the wide river. He established a town 'Vijaya Bahuda'(Oriya) which means 'return after winning' which became known as Vijayawada.
According to Vishnu Puranam, King Madhava Varma built the kingdom of Vijayawada and he was the ancestor of Poosapati Kings of Vizianagaram. He also built the Holy Temple of Kanaka Durga in Indrakiladri.
During the British Raj the city experienced significant growth. In particular, the completion of the Prakasam Barrage in 1959, and railway bridge on the Krishna River have helped the region expand its agriculture and commercial base. Vijayawada Railway station is one of the busiest railway junctions in India. The regions around the city have fertile soil and are irrigated by the river Krishna. It is the third largest junction in Asia.

By Air: The airport located at Gannavaram, about 20-km, from the city connects Vijayawada to Hyderabad and Vishakhapatnam.

By Rail: Vijaywada is on the main Chennai to Kolkatta and Chennai to Delhi lines and all express trains stop here.

By Road: Good motorable roads connect Vijayawada with all the places within the state and also with the major cities in India. Transport by road from Vijayawada to all the places of Buddhist interest is available in the form of Andhra Pradesh State Road Transport Corporation (APSRTC) buses.

The main shopping areas are MG Road, Eluru Road and Besant Road. Mangalagiri saris and Kalamkari paintings are the items to buy in this town. Dont forget to buy a bottle of delicious mango pickle or ''avakkai'' as it is locally known. It is to die for!

Though Vijayawada is small town, but it offers delightful shopping options to tourists. From antiques, handicrafts, leather goods, dresses, pearls to semi-precious stones, you will find everything in the markets of Vijayawada. Famous markets of the Vijayawada town are Gandhi Nagar, Vastralatha and Kaleshwara Rao Market. You can also visit the nearby toy-making village of Kondapalli and for 'Kalamkari paintings' the Machilipatnam village.

Vijayawada offers a lot of accommodation choices to the discerning travellers. You can choose from luxury hotels to economy and budget class hotels, as per your requirements. Hotels of Vijayawada provide comfortable accommodation, alongwith the warm hospitality. Most popular hotels of the city include Quality Hotel D V Manor (4 Star), Hotel Kandhari International (3 Star), Hotel Manorama, Hotel Raj Towers and Hotel Swapna Lodge.

There are very good hotels in the 4 star category, like the Fortune Murali Park and the Gateway Hotels which are popular with visiting businessmen. Besides those there is also the Quality Inn DV Manor and other budget hotels.

Krishna Pushkaran
Krishna Pushkaran takes place every 12 years in Vijayawada and is held on the banks of the river. People come from far and near to be a part of this event and take a dip in the river as it is believed that all their sins will be washed away. There is an air of festivity at this time and many cultural programmes are put up with stalls selling food, jewellery etc.

District
Krishna
Location
Vijayawada or Bezawada is situated on the shores of the Krishna River and is bounded by the Indrakiladri hills on its West.
STD Code
0866
Termperature
Summer 22-41°C, Winter 15-30°C
Best time to visit
September To February
Famous For
Famous for its cave temples.
Popular