Murshidabad is located on the southern bank of the Bhagirathi, a tributary of the Ganges River. It was the last capital of undivided Bengal during the Mughal rule, named after Nawab Murshid Quli Khan, the Dewan of Bengal, Bihar and Orissa. The Nawabs of Bengal used to rule from this city. 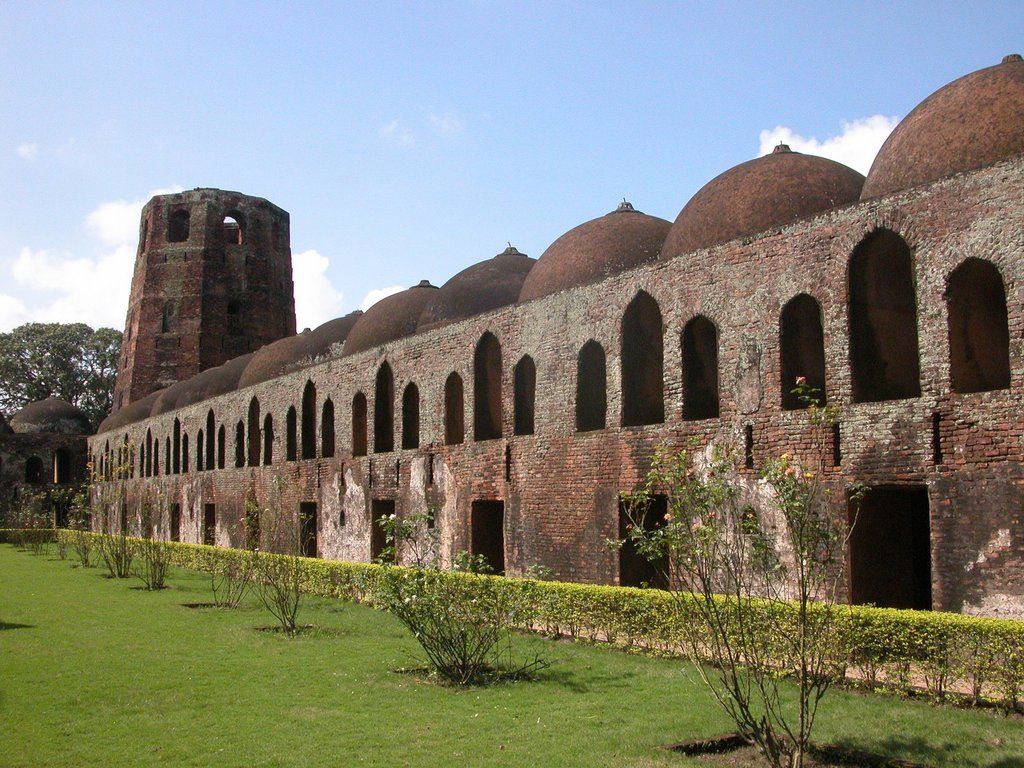 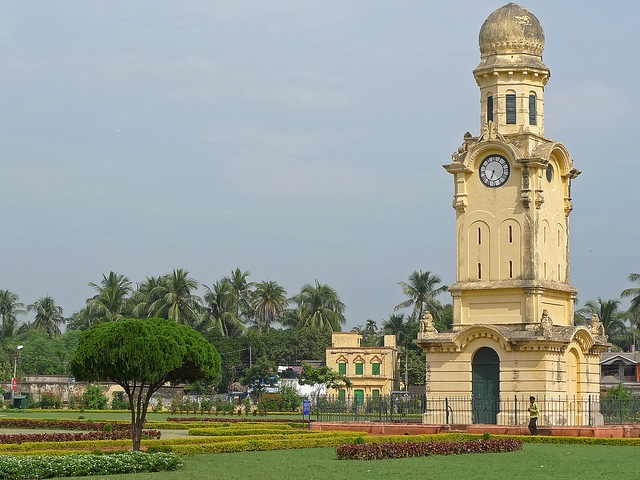 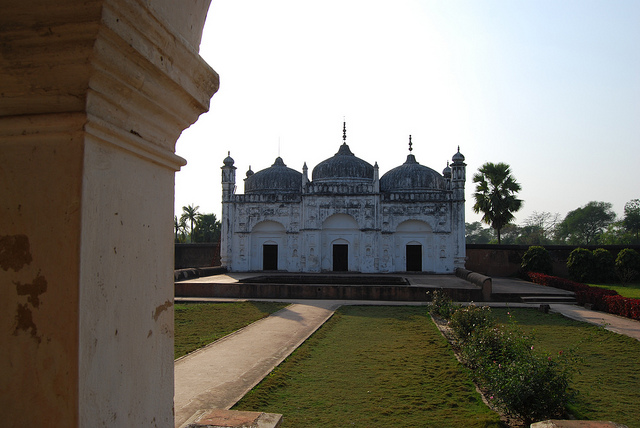 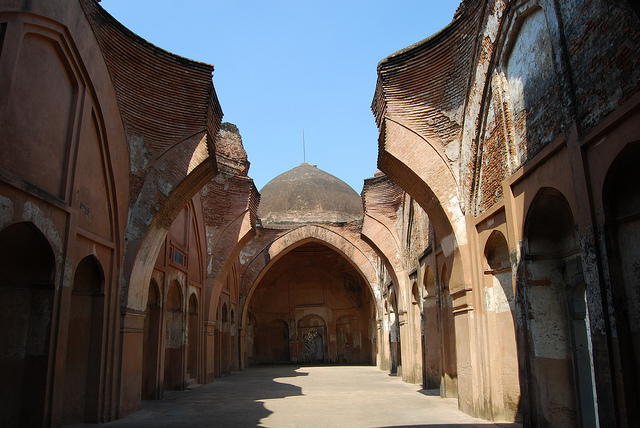 Mushidabad or Moorsheedabad, a town and district of British India, in the Presidency division of Bengal. The administrative headquarters of the district are at Berhampur. The town of Murshidabad is on the left bank of the Bhagirathi or old sacred channel of the Ganges. Pop. (1901), 15,168. The city of Murshidabad was the latest capital of Bengal before British era. In 1704 the nawab Murshid Quli Khan changed the seat of government from Dacca to Maksudabad, which he called after his own name. The family of Jagat Seth maintained their position as state bankers at Murshidabad from generation to generation. Even after the conquest of Bengal by the British, Murshidabad remained for some time the seat of administration. Warren Hastings removed the supreme civil and criminal courts to Calcutta in 1772, but in 1 775 the latter court was brought back to Murshidabad again. In 1790, under Lord Cornwallis, the entire revenue and judicial staffs were fixed at Calcutta. The town is still the residence of the nawab, who ranks as the first nobleman of the province with the style of Nawab Bbahadur of Murshidabad, instead of Nawab Nazim of Bengal. The Murshidabad palace, dating from 1837, is a magnificent building in Italian style. The city still bears memories of Nawabs with other palaces, mosques, tombs, and gardens, and retains such industries as carving in ivory, gold and silver embroidery, and silk-weaving. An educational institution is named after Nawab family.

The District Of Murshidabad has an area of 2143 sq. m. It is divided into two nearly equal portions by the Bhagirathi, the ancient channel of the Ganges. The tract to the west, known as the Rarh, consists of hard clay and nodular limestone. The general level is high, but interspersed with marshes and seamed by hill torrents. The Bagri or eastern half belongs to alluvial plains of eastern Bengal. There are few permanent swamps; but the whole country is low-lying, and liable to annual inundation. In the north-west are a few small detached hillocks, said to be of basaltic formation. Pop. (1901), 1,333,184, showing an increase of 6.6% in the decade. The major industry is that of silk, formerly of much importance, and now revived with government assistance. The city is also famous for producing exotic mango and litchi. A narrow-gauge railway crosses the district, from the East Indian line at Nalhati to Azimganj on the Bhagirathi, the home of many rich Jain merchants; and a branch of the Eastern Bengal railway has been opened.

Road: Several buses ply between Kolkata and Behrampore. Behrampore, the district headquarters, is about 12 km from Murshidabad.

Murshidabad isn''t really top of the charts as far as tourism is concerned, so options for accommodation are fairly limited. There''s a clutch of hotels, middle-rung to budget, most of them in the Lalbagh area, and there''s a youth hostel, perfect for those on a shoestring budget. For a wider range of options, you could base yourself in Berhampore, which has a much larger number of hotels and tourist lodges, and come down to Murshidabad by bus for sightseeing.