Thirumalai Nayak Mahal was constructed way back in the 17th century. Several buildings and temples had been constructed by him in the region and they have been splendid piece of construction. It was constructed by kings of muslim dynasty which covered several regions of coimbatore, Madurai districts and other few places in southern Tamil Nadu. It is a great piece of art and all of the sculptures are encarved in the Madurai style.

Several old temples too have been renovated in this new style and the whole city seems to have the construction of the similar make, which is a good feature of the place. 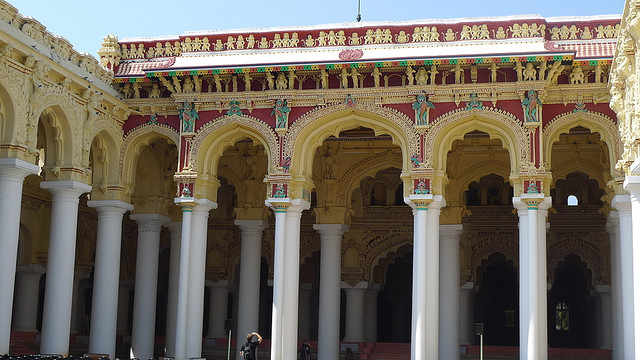