This 165 ft high monument similar to Qutab Minar of Delhi was erected by public subscription in 1828, to honour Sir David Ochter Lony, a one- time resident of Malwa & Rajputana. More recently, it has now been renamed 'Shaheed Minar' to honour the martyrs of the freedom struggle. An important landmark in Kolkata. It is located at the Northern end of the Maidan.

The Shaheed Minar or "Tower of the Martyrs", (originally Ochterlony Monument) was constructed on the northern fringe of the Maidan in honour of Sir David Ochterlony who commanded the British East India Company forces in the Gurkha War 1814-1816. It was renamed Shaheed Minar in honour of the fallen freedom fighters after Indian independence.

The Calcutta Shaheed Minar, formerly known as the Ochterlony Monument, was erected to commemorate Major-general David Ochterlony, commander of the British East India Company's main force in the Gurkha War of 1816. On the northern fringe of the vast park known as the Maidan, adjoining the Esplanade, it is the centre of political life in Calcutta. Rallies, demonstrations and agitations of all sorts - of which Calcutta has more than its fair share - traditionally start here. There is also a fair on Sunday with participants that bus in from villages in the countryside hours away. 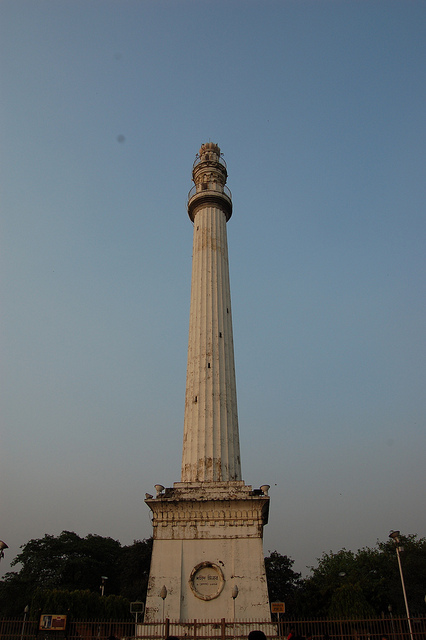