Courtesan’s Street is near the Achutha Raya temple. There are many pillars that stand on either side of the street which were once parts of the pavilions.

It is said that this street was loaded with many precious items such as gems, ivory, etc. The street is 50 m wide and almost half a kilometre long and was frequently visited by merchants from all over the world.

The corners of the streets still have remains of unfinished pillars. At the north end of the street there is a small tank that is often connected to the Achutha Raya temple. There are pillars near this ruined tank whose bases have carvings of elephants on them.

There is a riverside path that was once used to travel between this temple and the others. This place is now mostly deserted. It is accessible by walk or cycles only. 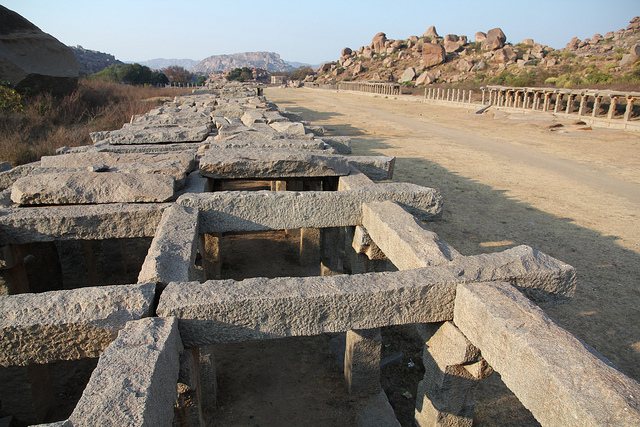 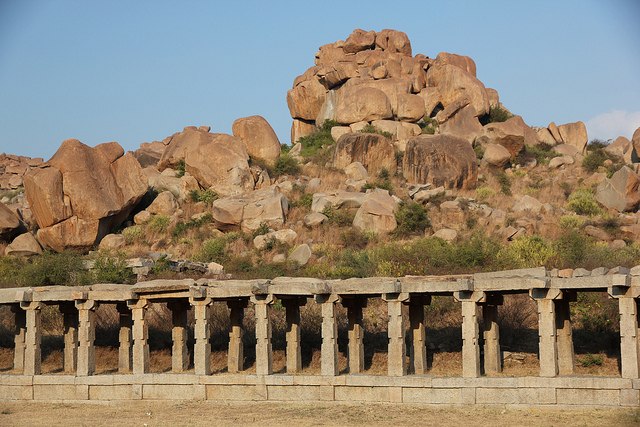