Andhra Pradesh is famous for its hot and spicy cuisine along with its rich cultural heritage. The cuisine of Andhra Pradesh includes both the original Andhra cuisine and the Hyderabadi cuisine, having a Mughlai influence. Out of these two cuisines, the former one is more hot and spicy. The traditional delicacies of Andhra are absolutely mouthwatering having a liberal use of spices.

Every meal that is snacks, lunch, dinner, etc, have their own specialty. The eating habits are quite varied as there is a mixture of Hindu and Muslim styles of eating. The Andhra cuisine is mainly vegetarian and only in the coastal areas seafood is preferred. The staple food of Andhra Pradesh is Rice, which is served with sambar. It is also served with other lentil preparations along with vegetables.

Andhra cuisine refers to various everyday dishes and delicacies consumed by the people of the Indian state Andhra Pradesh. The cuisine varies greatly across regions. Each district has a unique gastronomic heritage.

There are regional variations in Andhra cuisine. Telangana, the western region of Andhra Pradesh has some unique dishes in its cuisine. Dishes like Jonna Rotte (Sorghum), Sajja Rotte (Penisetum), Uppudi Pindi (broken rice) are common. Telangana cuisine is influenced by Persian and Afghan cuisine as Telangana was under the control of Muslim kings for a long time. In northern Telangana districts the cuisine has dishes similar to those found in Maharashtra such as Kadi. 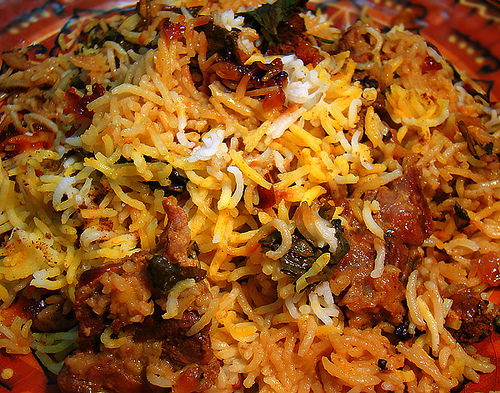