Goan cuisine consists of regional foods popular in Goa, located along India's west coast along the Arabian Sea. Seafood, coconut milk, rice and paste are main ingredients of Goan delicacies. The area is located in a tropical climate, and spices and flavors are intense. Use of Kokum is another distinct feature. Goan food cannot be considered complete without fish. It is similar to the Malvani cuisine/ Konkani cuisine.

The cuisine of Goa is influenced by its Hindu origins, four hundred years of Portuguese colonialism, and modern techniques. The state is frequented by tourists visiting its beaches and historic sites, so its food has an international aspect.

Goa is popular all over India and all over the world for numerous things, starting for its several beautiful beaches, plethora of tourist places of interests, variety of accommodation options and cuisine. The cuisine of Goa is considered one of the best in India. Goa cuisine has significant influence of Portuguese and Hindu and Muslim. In the present day Goa cuisine is often considered to be very spicy and flavorsome. Thouh over the years, both the techniques and recipes of Goa cuisine have changed the primary ingredients is still the same.

The principal stable food of Goa includes fish, rice and coconut. Cocnut milk is a very important ingredient of Goan dishes and so is “Kokum’ which is a kind of fruit. The other important ingredients are red chilies of Goa, tamarind, a special kind of vinegar and chutneys. The cuisine of Goa is mainly dominated by non vegetarian dishes. From beef to chicken, sausages to prawns, the Goa cuisine is known for its variety. Seafood forms an important part of the cuisine of Goa, the variety of restaurants dotting this state serves numerous delicious dishes of seafood.

The cuisine of Goa can mainly be divided into two categories; Goan Hindu Cuisine and Goan Catholic Cuisine. 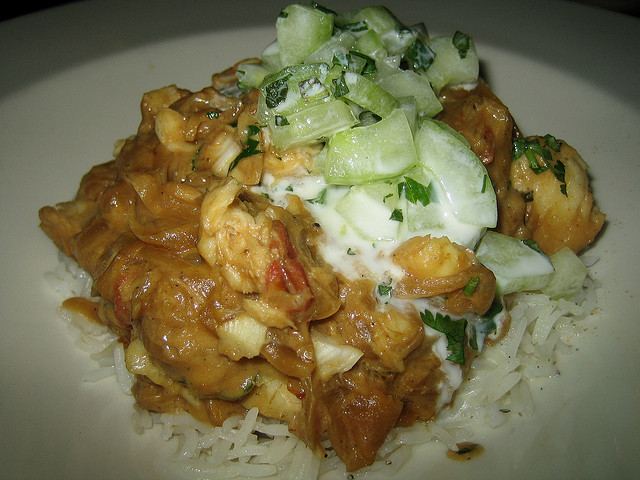