Maharashtrian (or Marathi) cuisine is cuisine of the Marathi people, those from the state of Maharashtra in India. Maharashtrian cuisine covers a range from being mild to very spicy dishes. Wheat, rice, jowar, vegetables, lentils and fruit form important components of Maharashtrian diet. Popular dishes include puran poli, ukdiche Modak and batata wada.

The people of Maharashtra regard their food as 'Anna he poornabrahma' which means 'anna', or food is equal to 'Brahma', or the creator of the universe. In other words it means food is God, thus it should be worshiped. Maharashtrians also believe in offering their food first to the lord as a thanksgiving ritual for all that he has given. On festive occasions, some specific mithais (sweets) are offered such as Ukadiche Modak (Ganesh Chaturthi) and Satyanarayan Puja Sheera.

Maharashtra is a huge state, thus a variety of delectable cuisines are found here. With distinguishing flavors and food styles eating becomes an enriching activity altogether. Maharashtrian cuisine is divided into two, Konkani, and Varadi. These cuisines are quite different from each other, but both of them use a lot of seafood and coconut. 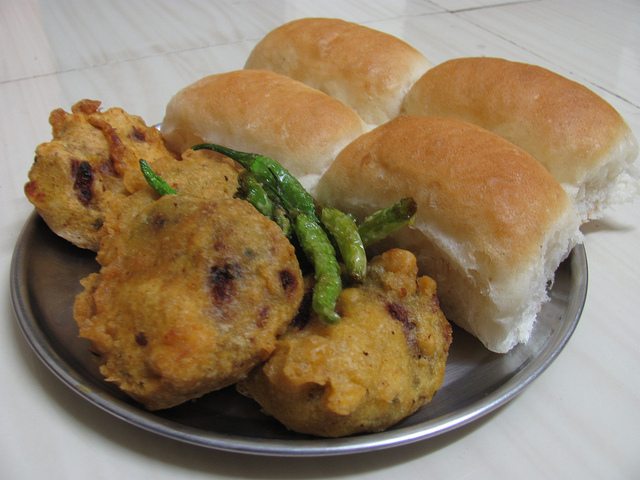