The colorful fairs of Himachal Pradesh reflect its rich traditional and cultural heritage. Mid-February sees a weeklong Winter Sports Festival at Manali. It is around this time only that Una fair, known as the Baba Barbhang Singh Mela, is organized in the honor of the saint 'Baba Barbhang Singh'. Come summer season and it is the time for the 'Summer Festival' of Shimla, which offers flower show, exhibitions, unique fashion shows, etc. Harvest fairs of Himachal Pradesh, such as Lavi Fair of Rampur and Minjar Fair of Chamba are also quite popular amongst tourists.

The people of Himachal Pradesh love to feast, dance and celebrate everyday of their lives. The numerous fairs and festivals of the state and their elaborate rituals and traditions provide them the perfect opportunities to do so. The customs, costumes, music and dances of these festivals tell us much about the religious fervor, spirituality and gaiety of its natives. Some of the major festivals of Himachal Pradesh include Lohri or Maghi Festival, Losar Festival, Halda Festival, Basant Panchami, Dusshera, etc. 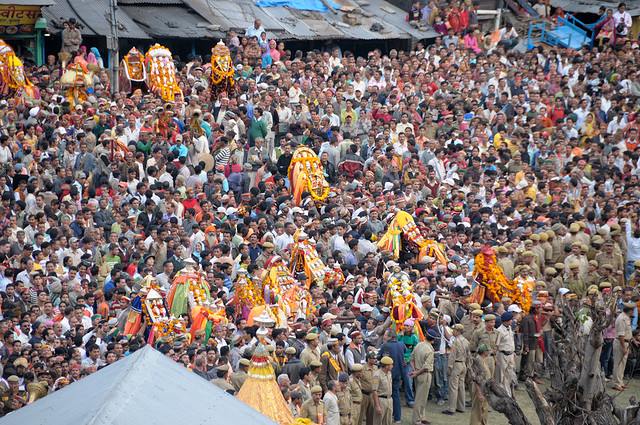