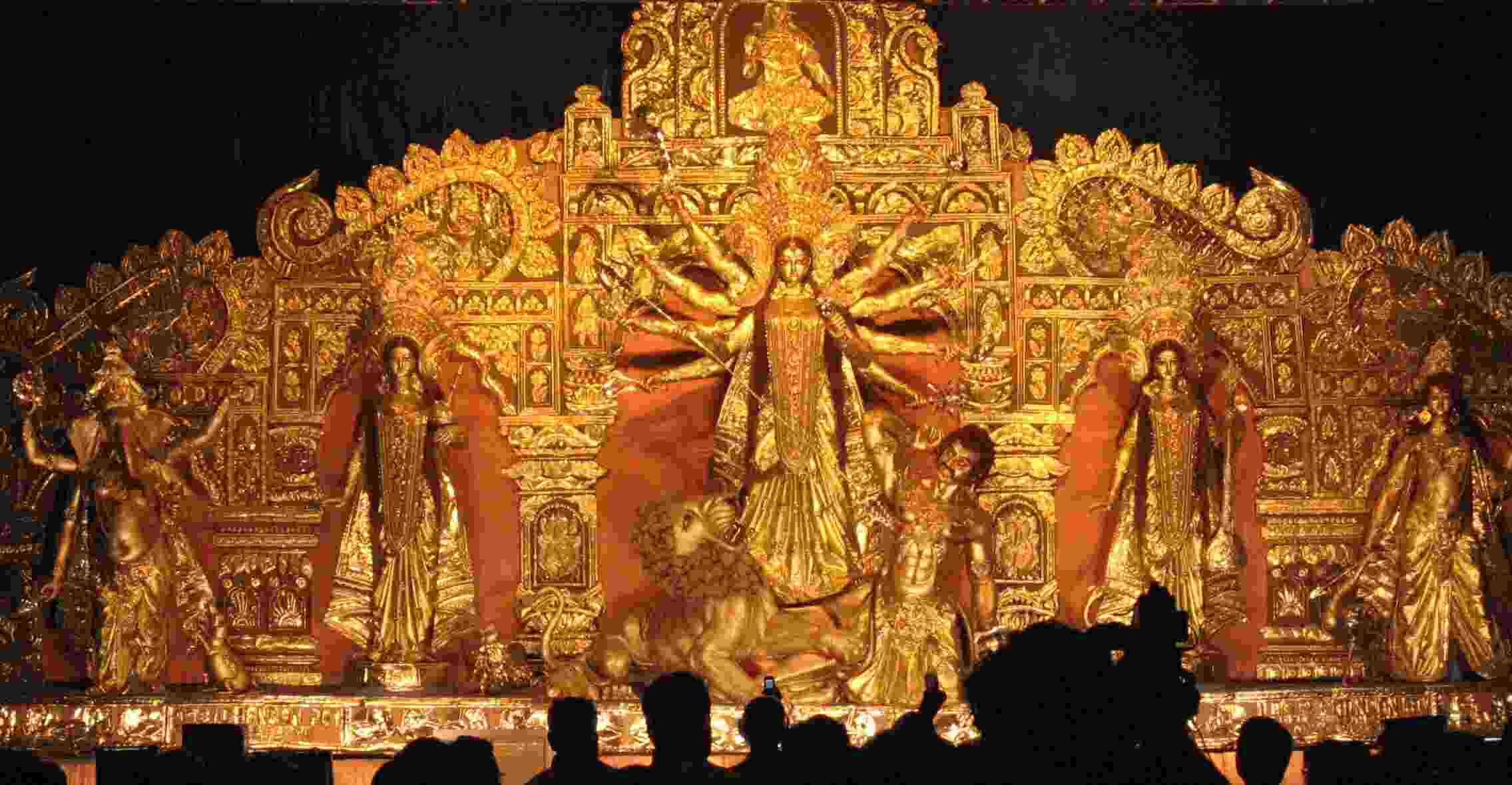 In India we celebrate many festivals and Navratri is also one of the major festivals in India. It's 9 days of celebration followed by Dusshera and Diwali in few weeks. People believe that these auspicious days are good to start a business and they visit temples to take blessings. During this time all the temples are decorated and lighted. Communal feast known as bhandaras are also organized.

Kalkaji Temple is situated beyond the commercial complex of Nehru Place in South Delhi. This domed twelve-sided temple is devoted to Goddess Kalka Devi, a reincarnation of Goddess Durga. The oldest section of the Kalka Ji Mandir dates back to the year 1734. It is said that the Maratha rulers looted the temple in the year 1738, after they were defeated by the Mughals in the battle of Talkatora. Somewhere in the mid-19th century, certain changes and additions were carried out on Kalkaji temple by Raja Kedarnath, the treasurer of Emperor Akbar. However most of the building is modern.

This beautiful temple is situated in Balakrupi village which was renamed after this temple. An annual fair is held here at nearby temple ground at every Saturday of a particular month.. It also packs a beautiful picnic spot called as Thara which seems like a small plateau. On the right hand side of this place is Gugli Khadd where people enjoy swimming. Balakrupi is 2 km from Jogindernagar. In Balakrupi temple a special tradition of cutting down the hair of 2 and half year old child known as ‘Mundan Sanskar’is done.

Close to Abbott Mount is a popular spiritual place called Mayawati Ashram or Advaita Ashram. Swami Vivekanad, a spiritual guru had shifted the publication office of his Prabuddh Magazine from Chennai (then Madras) to Abbott Mount.

The Ashram provides for tourist lodging and boarding facilities and even has a small library and museum.

The ancient texts describe Rudra Mahalaya as a magnificent Shiva Temple with a three-storeyed 'shikhara', 1600 pillars, 12 entrance doors, central 'mandapa' and porches on east, north and south and sanctum in west. Around the temple, there were 11 shrines of Rudra.

Varanasi has nearly 100 ghats, steps leading to the banks of River Ganges. Many of the ghats were built when the city was under Maratha control. Marathas, Shindes (Scindias), Holkars, Bhonsles, and Peshwes (Peshwas) stand out as patrons of present-day Varanasi. Most of the ghats are bathing ghats, while others are used as cremation sites. Many ghats are associated with legends or mythologies while many ghats are privately owned. The former Kashi Naresh owns Shivala or Kali ghat. Morning boat ride on the Ganges across the ghats is a popular visitors attraction. 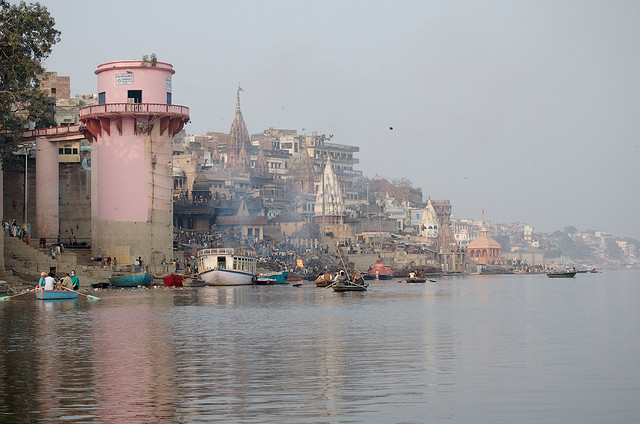 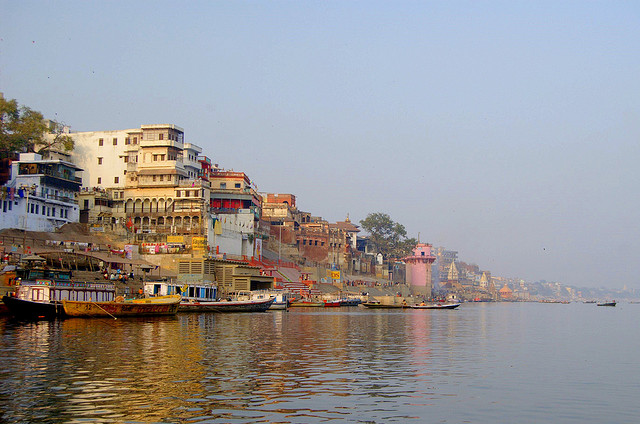 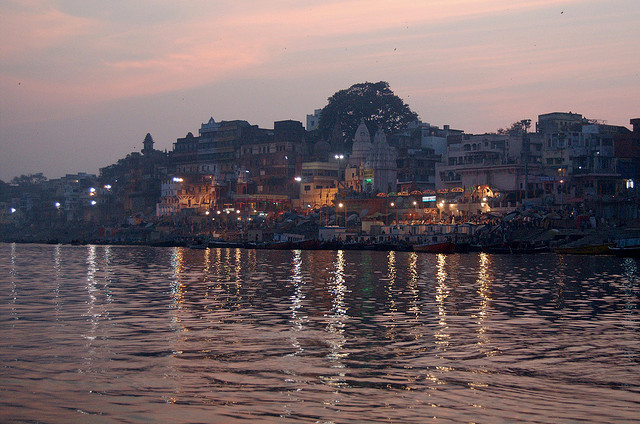 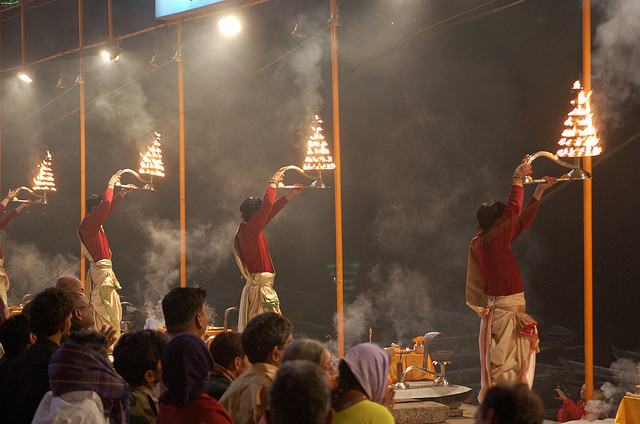 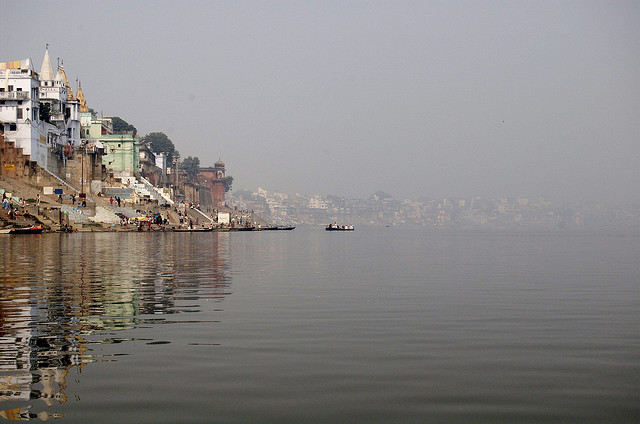 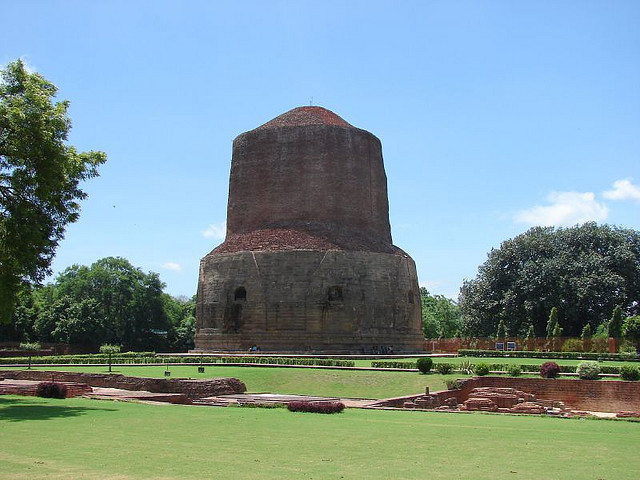 Nila Gumbaj Ki Masjid is constructed on a high platform, with a central hanging kalash in the prayer hall and a central fluted dome. It is an old architectural landmark, situated in the Panchmahal District of Gujarat. This old mosque is located in the north-eastern part of Champaner city.

Nagina Masjid was built during the 15th century and is located in Champaner. It has a white gateway, which resembles an arcade with columns on either side of a square under the central dome.

This mosque was built using pure white stones and showcases a unique blend of Gujarati-Islamic architectural style. Nagina Masjid is also popularly known as the Jewel Mosque, because it has a beautifully decorated mausoleum with ornaments.

The mosque can be reached by bus, taxi or train from Vadodara and Ahmedabad.