Serchhip is a district located in the central region of the Indian state of Mizoram. The destination is situated towards the north-west of the capital city, Aizawl, which is around 112 km away. Serchhip is situated between the Mat and the Tuikam rivers.

Serchhip is a district in Mizoram that covers an area of around 1421.60 sq. km. The most popular site of this district is the Vantawng Falls. This waterfall is the highest in the state and is at a height of 750 ft. Another important attraction in the region is the Zoluti Hriatrengna Lung which is a memorial stone of Mary Winchester, also known as Zoluti.

Zoluti was the daughter of Dr. Winchester, a manager in the Assam Tea Garden. She was held captive by the Mizo Chief of Kawlri. Serchhip is also famous for the Chhingpuii Thlan or Chhingpuii Stone Memorial which lies between Baktawng and Chhingchhip villages. Thenzawl town is the 2nd major census town after the Serchhip town in the district.

Spread across an area of 1421.60 sq km, Serchhip is situated at an average elevation of 888 metres. The district was formed on 15th September 1998 and has three sub divisions namely, Serchhip Sadar, North Vanlaiphai and Thenzawl. It is surrounded by Champhai District in the east, Mamit District in the west and Lunglei District in the south. Besides, it is also bounded by Aizawl District in the north and north-west and shares a short boundary with Myanmar.

The history of Serchhip can be stated in two events. The first was when Lallula, a Mizo chief, set up a settlement in Kawlri and assassinated Thlanrawn Pawi at Zopui. He later fled to Artahkawn to Lunglei Zobawk and then further north finally reaching Serchhip Kawlri. The second was when Bengkhuaia, son of Lalpuithanga, Chief of Bawngkawm, again a Mizo chief, raided the Assam Valley from Serchhip during 1871.

Serchhip is famous for Vantawng Khawhthla, a waterfall which is situated 4 km from Thenzawl at Lau River and is around 750 feet high. Zoluti Hriatrengna Lung, a sculpture built in the memory of Zoluti, daughter of Dr. Winchester, who was a manager in one of the Assam tea gardens, is another popular attraction.

The destination is also home to the 8th highest mountain in Mizoram called the Tawi Mountain. On this mountain, a variety of endangered species of flora and fauna can be found. Flowers like orchids can be seen everywhere. The Hornbill, which is called the Mizo's National Bird, can also be seen during the month of November.

Serchhip is situated around 110 km from the city of Aizawl and visitors can reach the destination through flights, trains and buses. The airport which is situated in proximity to Serchhip is in Aizawl. Tourists can reach Aizawl from cities like Kolkata, Dimapur, Agartala, Guwahati and Imphal. The railway station of Silchar, situated at a distance of 180 km, is the nearest station serving the destination. Moreover, state buses operate from various locations such as Lunglei, Khumtung, Aizawl, Zobawk, and Chhingchip to reach Serchhip.

The best time to visit Serchhip is during the months of March to October, when the climate is pleasant. 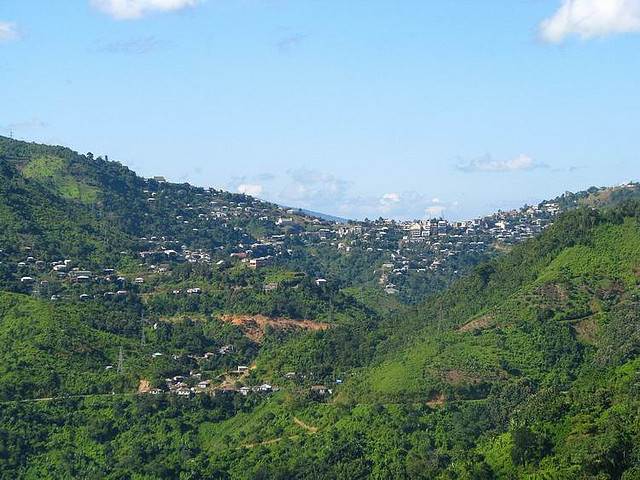