Bhuj is located in the Kutch Region and is an interesting place due to the fact that it was once the capital of the Princely state of Kutch. It is an ideal starting point to visit the Rann of Kutch, the natural reserve.

Bhuj derives its name from the Bhujia fortress, which overlooks the city from a nearby hill. The old walled town of Bhuj presents a picture of contrasts with its narrow streets and ancient monuments in the vicinity of the planned township of Gandhidham and the modern port of Kandla. Bhuj’s history is clearer from the monuments and the “havelis” that stands with great pride as a traditional building in today’s contemporary world.

Bhuj is known for its Rann Utsav, which is held every year in February/March. Also known as the Desert Festival, it usually coincides with the Hindu festival of Shivratri. The main attractions of this festival are demonstration of traditional handicrafts, cultural events and tours in and around the city. 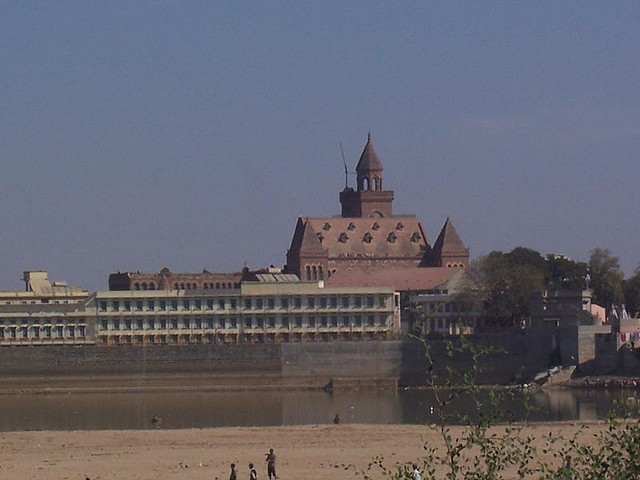 The history of Bhuj can be traced back to the time of the Naga Chieftain. The place is the witness of the exile of the Pandawas during the Mahabharata and the political invasion with the coming of the Alexander the Great. The city of Bhuj was founded in 1510 by the local ruler Maharao Hamir. From the mid 16th century with the coming up of the Jadeja Rajput rulers, Bhuj stood more important as a city than it was. It was made the capital during the reign of Rao Khengarji I in the year 1549. During the British rule in India, Bhuj remained an independent princely state. In the year 1947 when India gained independence Bhuj became a part of India.

By Air: Bhuj is connected by air to the major cities of India.

By Rail: The railway station of Bhuj falls on the Gandhidham-Bhuj railway line.

By Road: State buses are easily available from Ahmedabad.

Shopping in Bhuj is definitely a lifetime experience. Bhuj is quite a fascinating place to be in beacause of its gateways, old palaces, ornate temples and winding lanes. There are quite a few shopping centers that make Shopping in Bhuj quite easy.

The items on offer in the Bhuj markets include silver jewelry, gold jewelry and many other items. Tourists come from every corner of the world and from all over India for Shopping in Bhuj, Gujarat. Tourists should be good at bargaining because the bargaining skill will definitely be required. The shopkeepers dress up in traditional clothes. The shopkeepers purposely charge high prices because they know that the visitors will bargain. The bazaars in Bhuj follow the old traditional style of displaying goods and items.

Hotels in Bhuj offer well-furnished and comfortable rooms. There are a number of mid- and low-budget hotels and a few top-end hotels in Bhuj. Most of these hotels are situated in and around the New Station Road. Prince Hotel is a prominent hotel in Bhuj.Tourists can also stay at Ahmedabad (415 kms) enroute to Bhuj.