Pauri Garhwal is not only an important pilgrim destination but also very popular with casual tourists who seek to retreat from the hustle bustle of the city life into this quite Himalayan abode. It is blessed with natural and picturesque beauty, lush green forests, turquoise blue sky and extremely hospitable people. 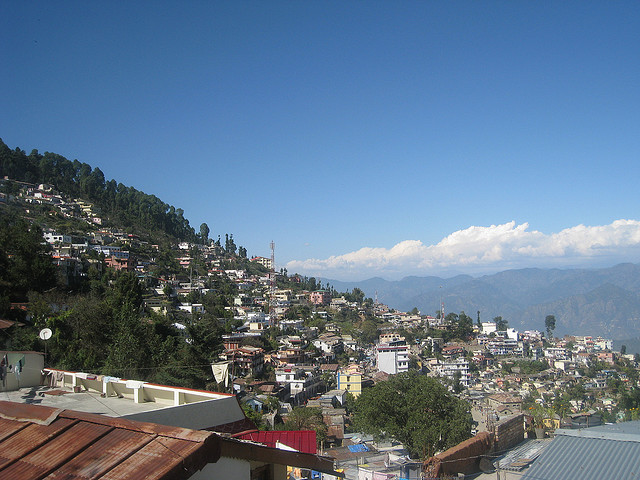 Pauri Garhwal district was a part of the erstwhile Garhwal Kingdom ruled by the Pal (Shah) dynasty. The throne of the King was at Srinagar. In 1803 Gurkhas, after many unsuccessful attempts, finally succeeded in capturing Garhwal by defeating the army of King Pradyumna Shah. In 1816, the British defeated the Gurkhas in the Anglo-Nepalese war, and the Garhwal Kingdom was reestablished from Tehri. However, the eastern part of Garhwal (named as British Garhwal), along with Kumaon, was merged with British India as a result of the Treaty of Sugauli.

Rail: Nearest railway station is Kotdwar, which is nearly 108 km away from Pauri. This station is connected to all cities in India. Taxi services are available from Kotdwar to Pauri, costing about Rs 2000.

Road: Pauri is well connected to many cities in the region by buses. Private and public buses offer services from Pauri to Rishikesh (117 km) and Kotdwar (108 km). Pauri is connected to Hardwar, Dehradun and Mussoorie.