Chakrata or Chakrauta, earlier known as Jaunsar bawar, is a military cantonment, situated between the Tons and Yamuna rivers. Himachal Pradesh lies towards the west of Chakrata while it is graced by Mussoorie towards the east. It is known for its serene environs and pollution-free atmosphere 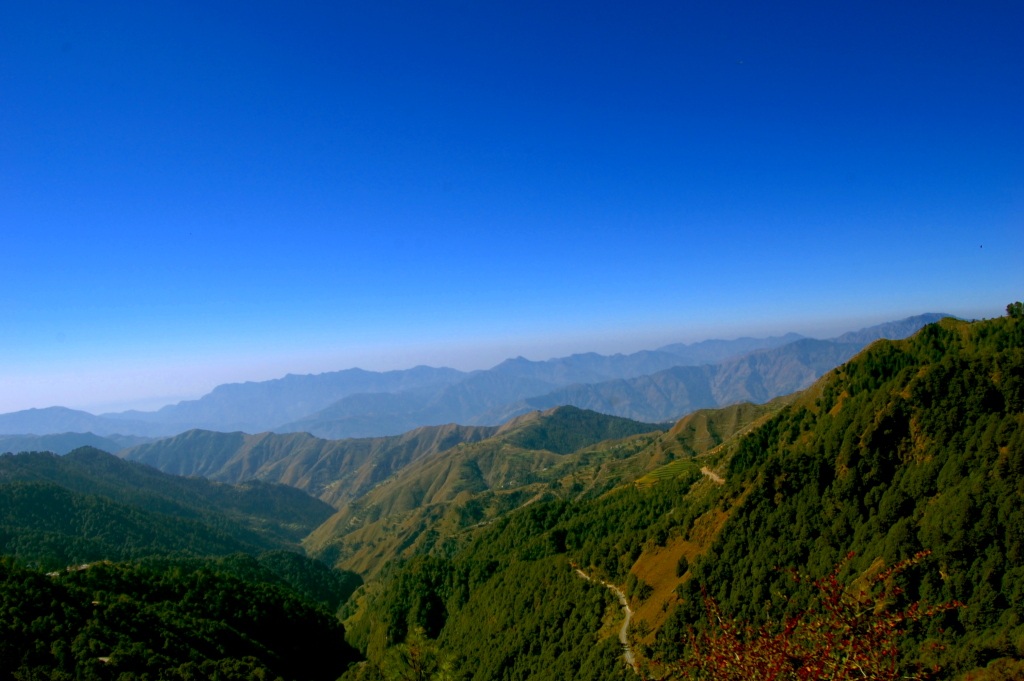 The area was earlier known as Jaunsar bawar, a near by village,[1] belonging to the Jaunsari tribe, which still has a marked presence in the surrounding villages.
A cantonment of British Indian Army, was established in 1866 by Colonel Hume of the 55th Regiment, British Indian Army,[2] and the troops and officers first occupied the cantonment in April 1869.[3]

View from Deovan of Chakrata
In 1901, Chakrata Tahsil was part of the Dehradun district, of United Provinces, with a collective population of 51,101, which consisted of the towns of Chakrata (population 1250) and Kalsi, with a population of 760 [1], which is most known for the rock edict of the Mauryan king Ashoka 2nd century BC, first discovered by John Forest, in 1860.[4]

By Air: Nearest airport is Jolly Grant airport, which is 116 km away from Chakrata.

By Rail: Nearest railhead is Dehradun, which is nearly 92 km away.