Anjaw, located on the banks of the Lohit River (tributary of the Brahmaputra River), is a newly created district, having been created on 16 February 2004 under The Arunachal Pradesh Re-organization of Districts Amendment Bill. It borders China on the north. The place is endowed with spectacular landscapes of picturesque plateaus and valleys and snow-clad mountains. The Mishmi, and the Zekhring (formerly called Meyor) are the main tribes in the district and are well known for their expertise in weaving and handicrafts. 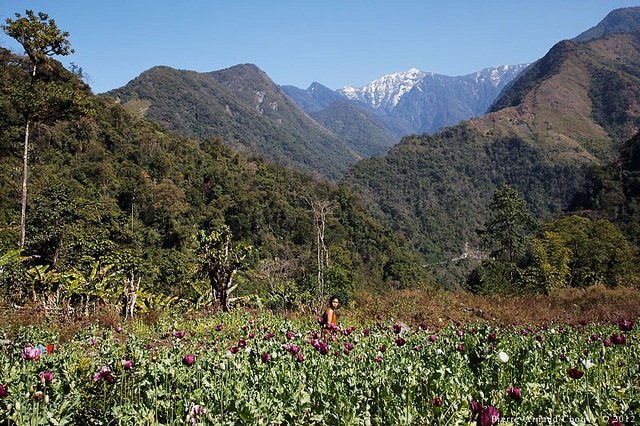 The district was founded by the British in the year 1914, when British Administration created North East Frontier Tract to administer three areas, namely 1) The Central & Eastern Section 2) The Lakhimpur Frontier Tract, and 3) The Western Section.

Later Central and Eastern Section was renamed as Sadiya Frontier Tract while Western Section was re-organized as Balipara Frontier Tract in 1919. Sadya was the administrative head quarters for the Sadiya Frontier Tract of which present Lohit District was alao a part along with Anjaw.
Administrative Setup of North East Frontier Tract underwent many changes in the years and in 1948, after India attained Independence, Sadiya Frontier Tract was bifurcated.
Two districs namely Abor Hills District, comprising of Adi inhabitated areas and Mishmi Hills District, comprising of Mishmi inhabitated areas were created at that time and so North East Frontier Agency came into existence.
After many more changes, the Anjaw district ws formed in 2004 with Hawai as the headquarters under The Arunachal Pradesh Re-organization of Districts Amendment Bill with seven Administrative Units, namely Hayuliang, Hawai, Manchal, Goiliang, Walong, Kibithoo, Chaglogam.