These are limestone caves and situated at a distance of about 25 km from Dandeli. There are 375 steps which the tourists have to climb down to reach the entrance. Next they have to crawl down 40ft deep through winding, narrow tunnels to catch a glimpse of the naturally created Shiva linga. It is advisable to carry a torch while going inside the cave. It is said that the caves have been inhabited since the ancient ages.

These are caves formed by volcanic activity ages back and are situated deep with-in the forest. The caves are very small in dimension and have a lot of stalagmite formations. As you proceed through the caves you get a pungent smell of bats. At some places the opening gets small and you have to crawl through them.

There is a particular huge stalagmite,which is revered by the local people as a Shivlinga. During Shivaratri there is huge influx of devotees who come and light sacrificial fires inside. It is believed the tunnels stretches underground for miles.

This place must definitely be visited while on a tour to Dandeli. The naturally formed Shivalinga is a miracle of nature and should not be missed. 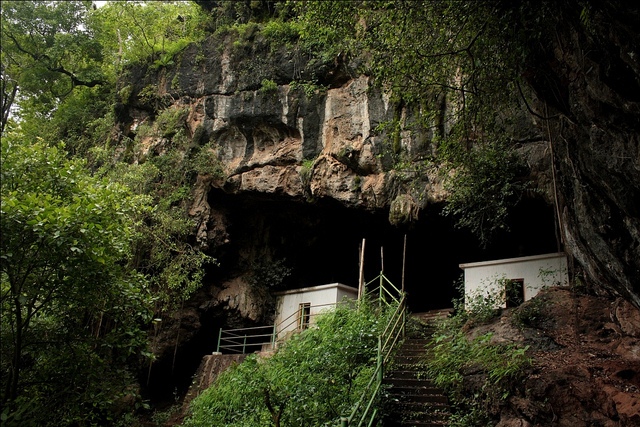