Tawang War Memorial, a 40 foot high multi-hued memorial, has a structure constructed in stupa design. Dedicated to the martyrs of Sino-India War held in 1962, this memorial is nestled among beautiful peaks, which overlooks the Tawang-Chu valley. Popularly known as Namgyal Chorten, the memorial has names of 2,420 dead soldiers. The names of the soldiers are etched in gold on around 32 black granite plagues.

Tawang War Memorial comprises two memorial halls. One of the halls has the collection of personal articles of martyrs, while the other is used for sound and light shows, depicting their heroic deeds. The entire memorial was blessed by Dalai Lama. In addition, the Holy Scriptures and idols of Lord Buddha and Arya Avlokiteshwara were also sent by Dalai Lama to this memorial. These idols have been kept in the vaults of the stupa. 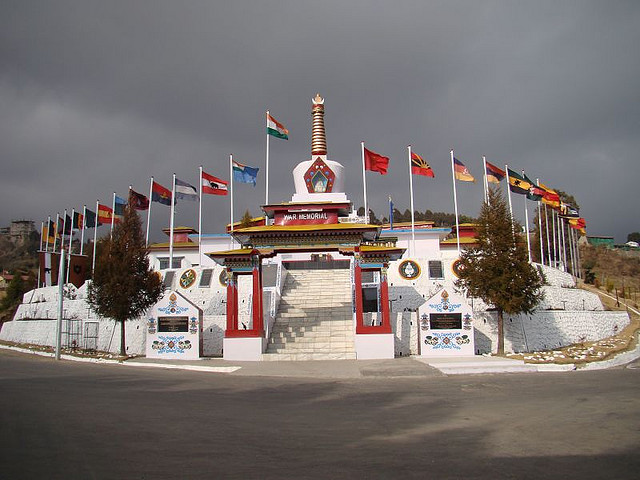