Pangong Tso, located on the Changtang plateau in eastern Ladakh, is truly a traveller's delight. Situated at a height of about 4250 m (about 14,256 feet above sea level), the Pangong Lake is the highest lake in the world. The nearby area is calm and clear. With a length of 130 km and width of 7 km, it is one of biggest lakes in Asia. The lake and the nearby area comprises of a wonderful green valley. The surrounding mountains seem to be painted with green, violet and brown colours in the bright sun. The 160 km trip to Pangong Lake from Leh begins from Thiksey village.

There are five army check posts on the road to Pangong Tso. At Darbuk village, near Tangste Valley, one can find a few army bunkers and trenches that are highly active. The main attraction here is the chain of war memorials in commemoration of the soldiers who lost their lives during the Indo-Chinese war of 1962.
The lake and its surroundings are completely under army surveillance. It was only a few years back that the government decided to open it to tourists.

Animals like yaks and mountain cows can be seen in the sandy area. Besides, the local people/shepherds use the greenlands as grazing grounds for thier domestic animals. The lake is popular for the black necked Siberian crane, bar-headed geese and waterfowl. Several other migratory bird species can also be spotted at the lake. 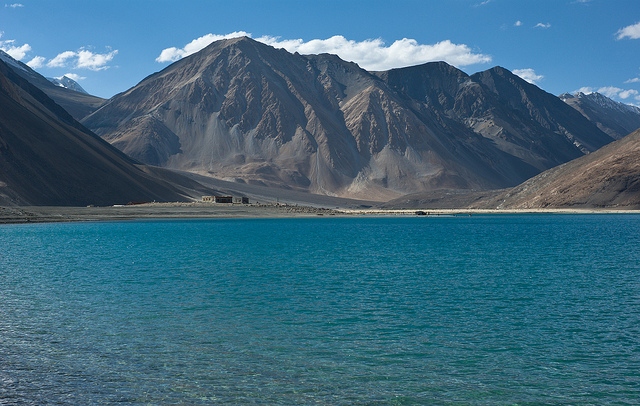 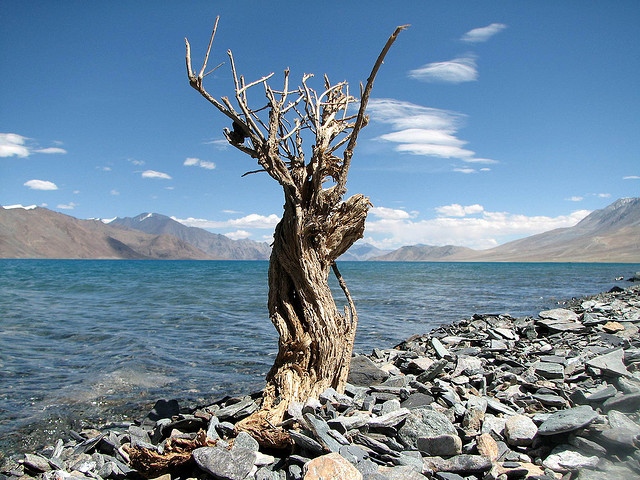 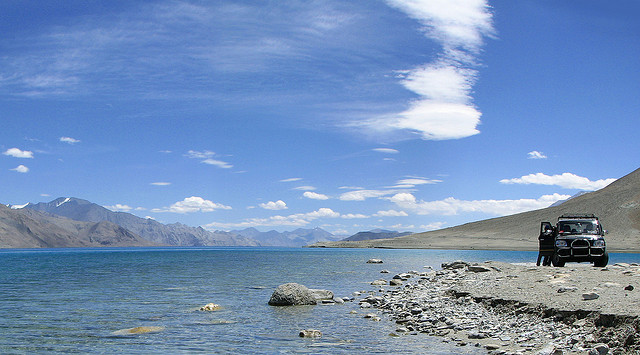 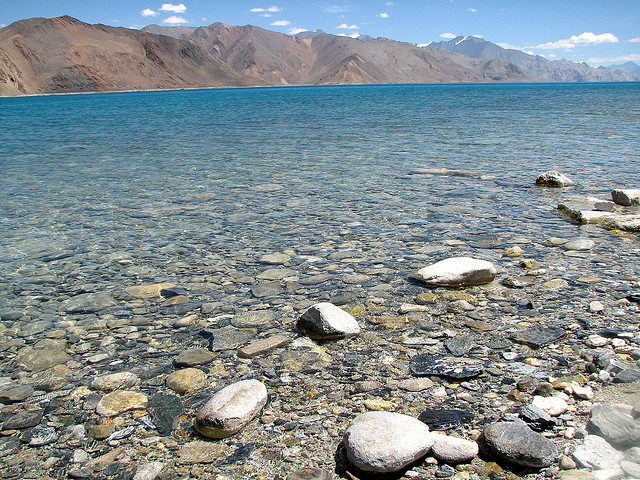 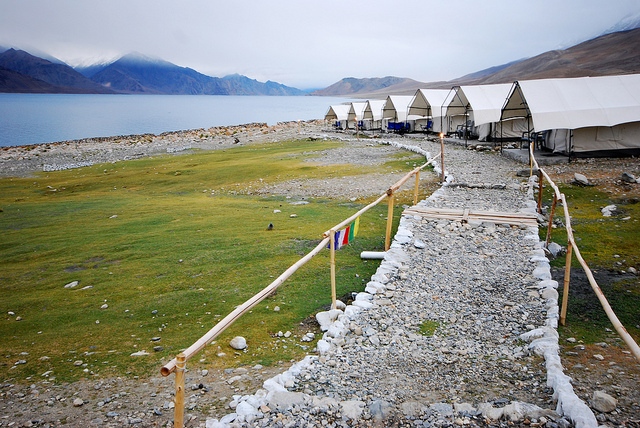 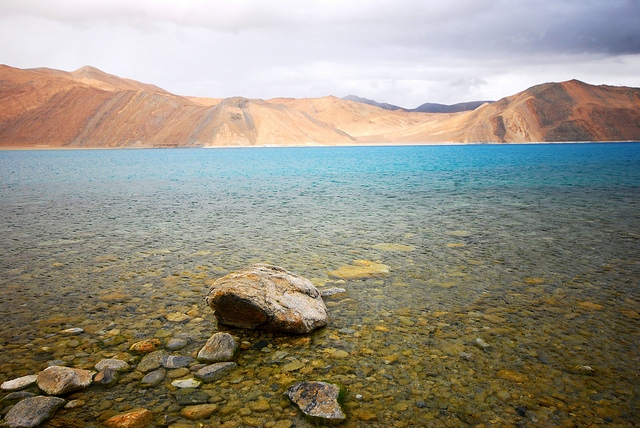 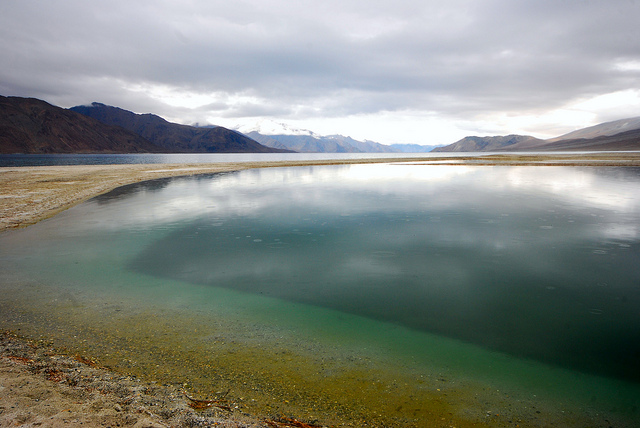