A nearby attraction of Rishikesh Neelkanth (Nilkanth) Mahadev Temple, perfectly placed at the confluence of Pankaja and Madhumati rivers, is assumed to be one of the most respected temples in Haridwar District of Uttaranchal. This enchanting revered shrine is placed at an altitude of 1330 m with its main deity as Lord Shiva. The panoramic view of surrounding hills of Brahmakoot, Vishnukoot and Manikoot is very attractive.

The name Neelkanth for Lord Shiva has a mythology related to the drinking of poison known as Kalakoot obtained when churning the sea and after drinking the poison thr throat of Lord became blue (neela) and hence the name Neelakanth. It is believed that the event occurred here in this place where the temple is located. Many thousands devotees throng to this temple during two annual festivals, one in Shivratri and another in the month of Shravan (July-August). 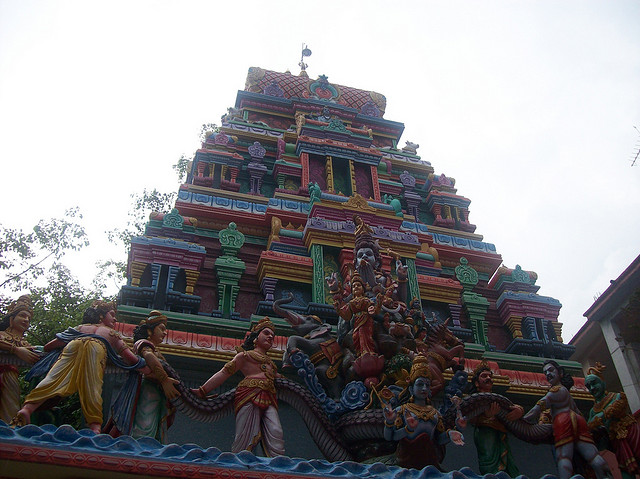