Gurudongmar Lake is sacred to Hindus and Buddhists. It is situated at an altitude of 17,100 feet, close to the Indo-China border. This milky white lake is supposed to be blessed by Guru Rimpoche or Guru Padmasambhava, who is revered as the patron saint of Sikkim. The unique feature of this lake is that a small portion remains unfrozen, even at the peak of winters.

Gurudongmar Lake is the biggest and one of the highest lakes in Sikkim. The lake is situated at a height of 17,100 ft and rests on the northern part of the Kanchenjungha Range. The name of the lake was adopted from the name of Guru Dongmar.

From November to mid-May, the lake remains frozen with the exception of one small portion, which is believed to have been touched and blessed by the Guru, who visited the place on his way to Tibet.

This lake is highly revered by Buddhists. The stream originating from the lake is one of the major sources of River Teesta. The water of this lake is believed to possess medicinal properties.

Adjacent to the lake, there is a ‘Sarva Dharma Sthal’, frequented by people of all faiths. However, due to paucity of oxygen at the site, it is better not to stay overnight at the destination. 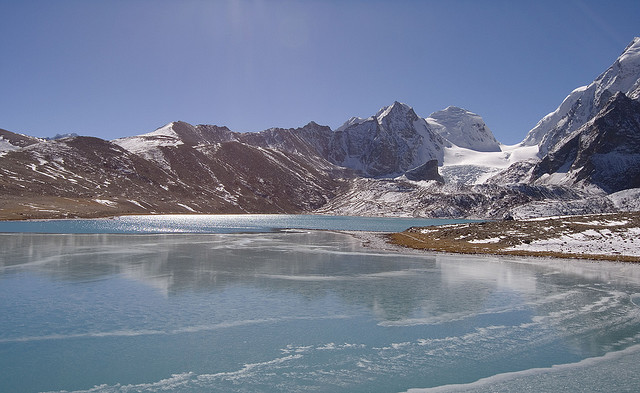 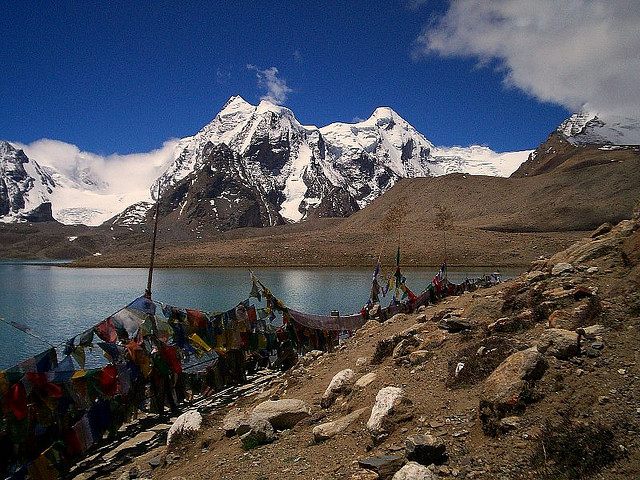